Combining and reconfiguring genes and memes, mixing, experimenting and probing lie at the core of the oeuvre of Belgian artist Koen Vanmechelen. He believes that hard data of science and creativity of art together can reveal the vicissitudes of nature and of human life.

Inside and outside, ‘exo’ and ‘endo’, used to reflect each other but recently the balance between these two changed. By creating things that are inside himself, man is changing the difference between inside and outside, which becomes a reflection of man’s contradictory nature. That calls for a different approach, for a radical re-examination and reconfiguration, for transparency, fertility and a redefining of identity.

La Biomista (mixed life), the upcoming new studio and park of Belgian artist Koen Vanmechelen in the city of Genk, is the architectural embodiment of Vanmechelen’s transdisciplinary approach. It is situated in the multicultural city of Genk and accommodates Vanmechelen’s first Open University of Diversity and the different foundations and subprojects of his Cosmopolitan Chicken Project or CCP. That is the vast multidisciplinary, artistic-scientific project Vanmechelen started at the end of the year 1990.
La Biomista aims to be much more than a mere biocultural temple, and a disseminator of active and living art and the philosophical ideas of Vanmechelen. In addition to an intellectual breeding ground, and the headquarters for his other Open Universities of Diversity in Detroit and Havana, La Biomista also serves as a breeding station for the artist’s chicken crossbreds. Finally, La Biomista is also a laboratory and a library of biocultural diversity.

La Biomista - 24 ha of park, villa and studio - is situated at the crossroads of science and art, man and animal, of the city and the countryside, and at the intersection of industry and community. In a zone equipped with the required physical and mental space, where biological and cultural diversity can spring through urban farming. 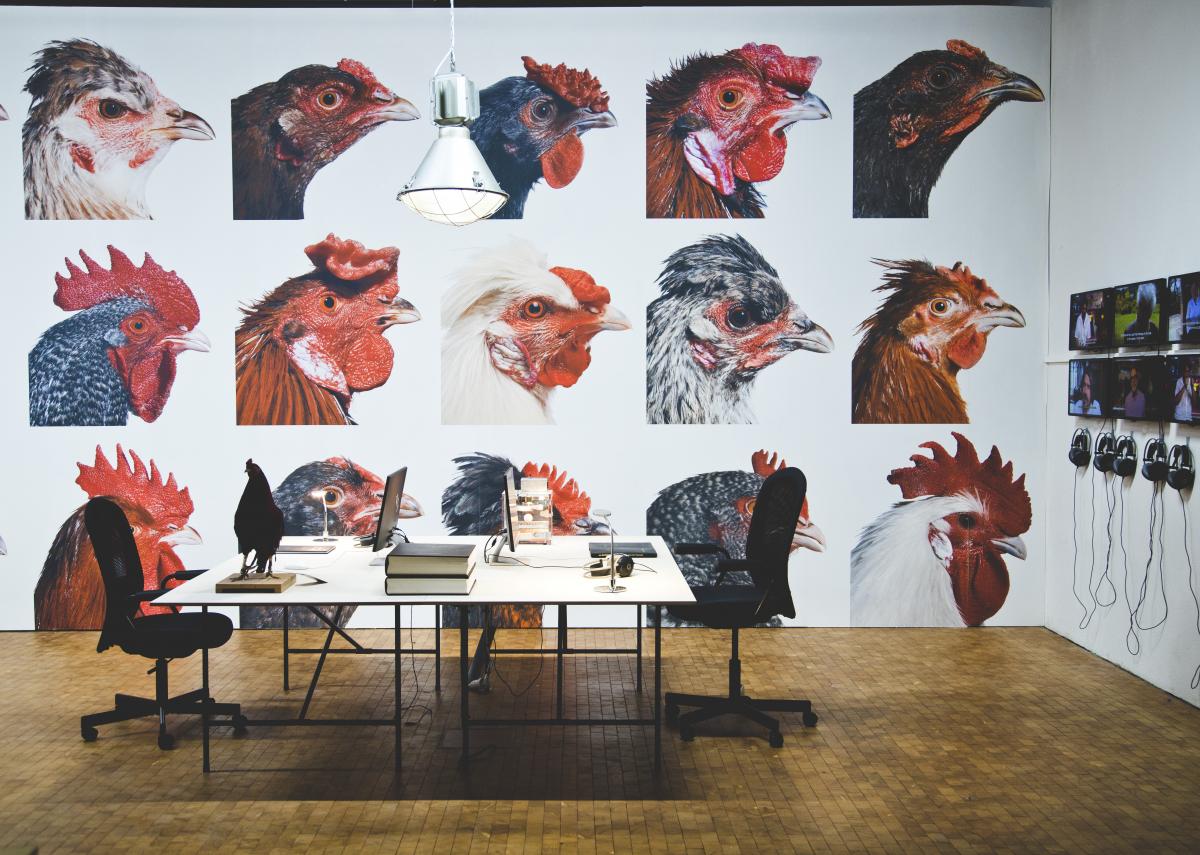 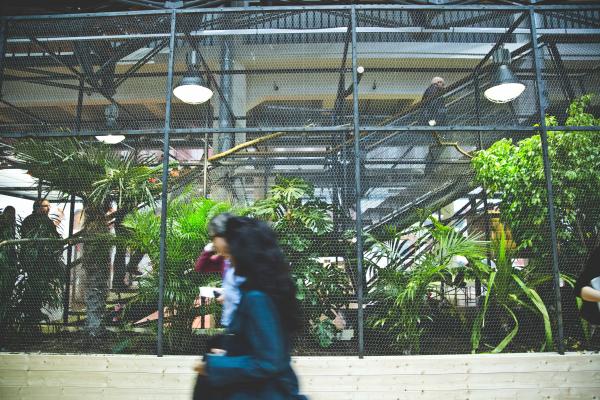 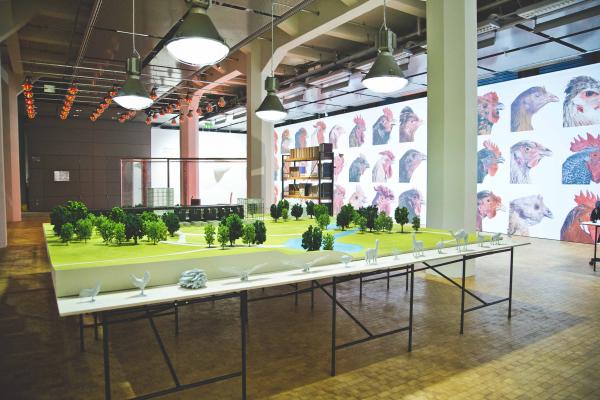 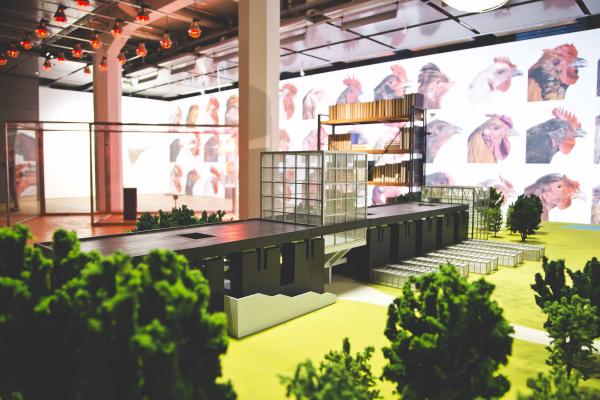 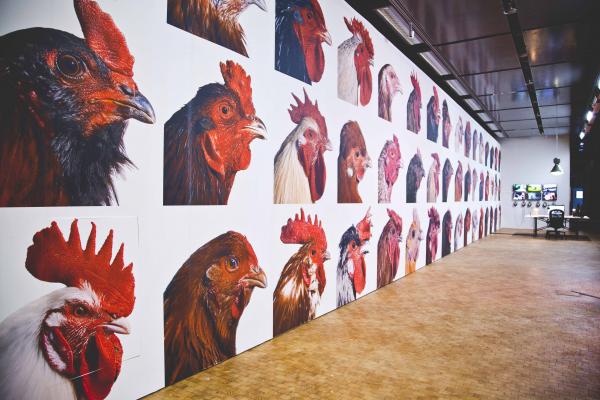 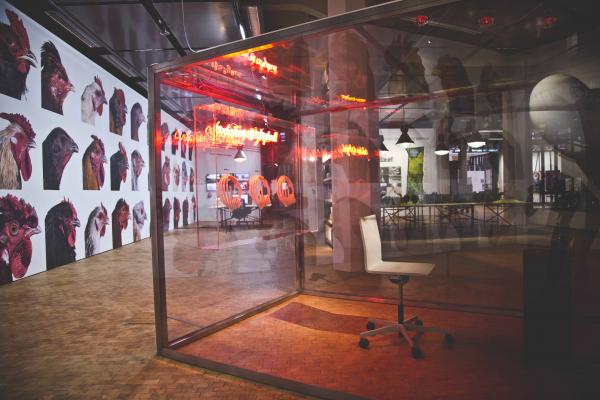 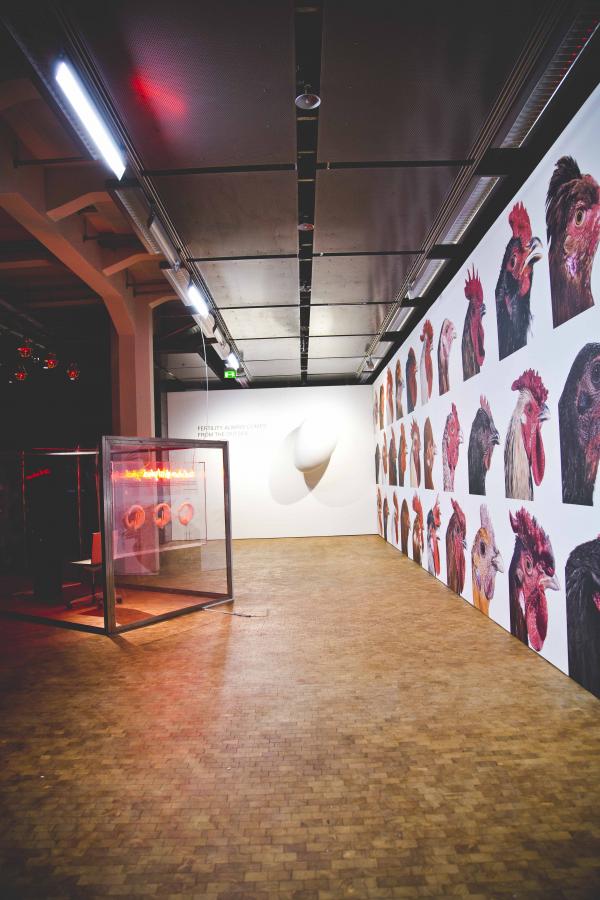 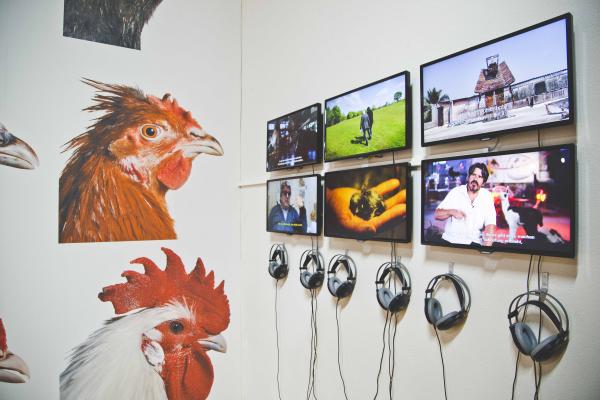 Documentary of ZKM on Koen Vanmechelen 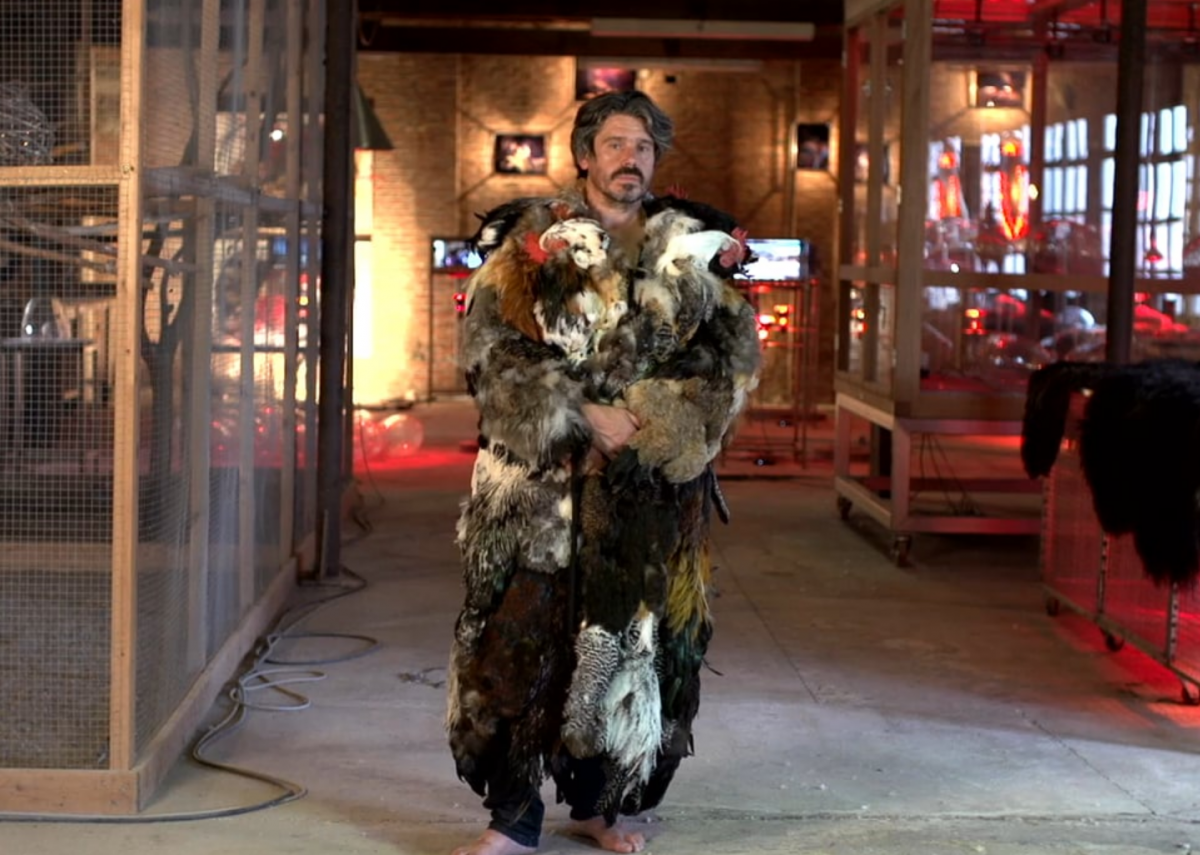