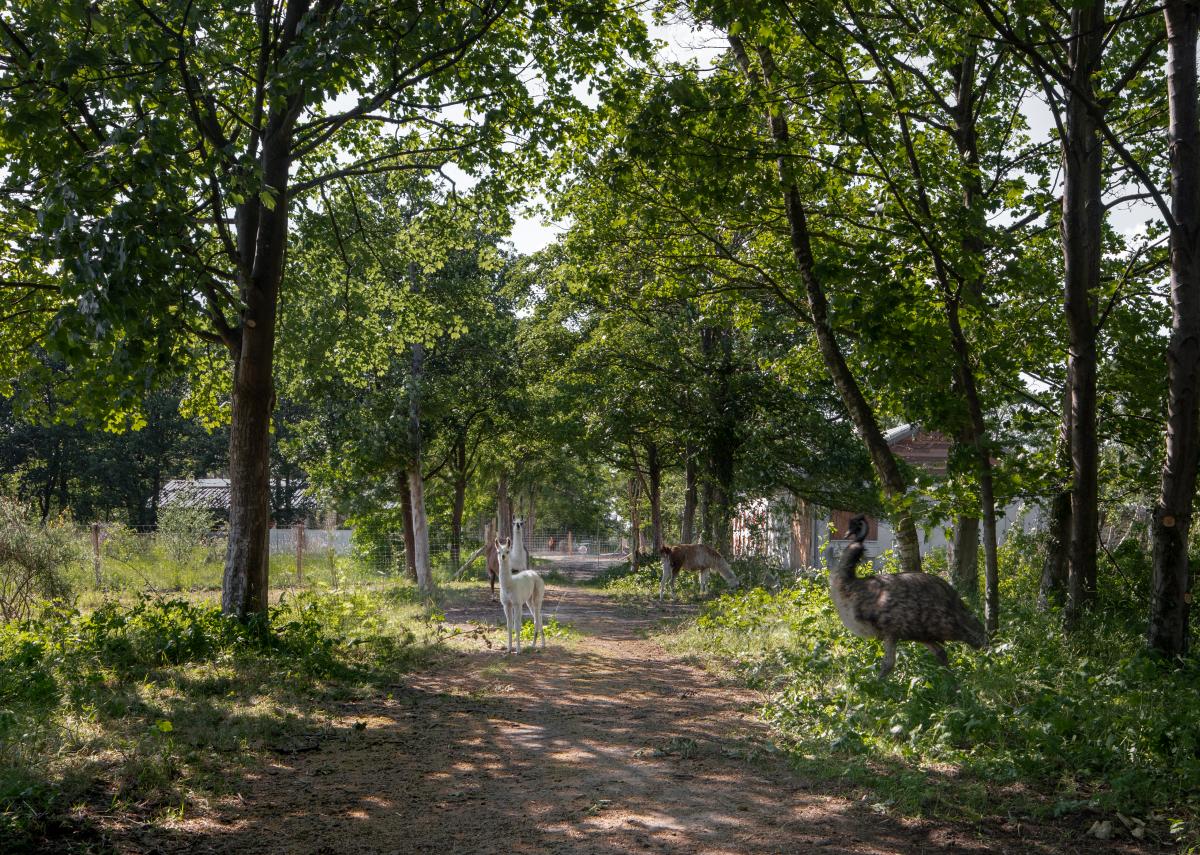 The Cosmopolitan Culture Park is the largest part of LABIOMISTA. Here, visitors encounter the elements central to Koen Vanmechelen's oeuvre: nature, animals and art. A network of walking trails that float above the surface guides them from the tamed/domesticated world into a rugged, untouched and untamed one - and then back. In the meantime, visitors can acquaint themselves with the various animal species that play an essential, inspirational role in the artist's work. Various animal pairs are brought together in three compounds, each approximately 1 ha in size. The animals represent the diversity that typifies our world. Together with the animals, plants, fungi and other living organisms already present, they form a new ecosystem.

The animals, which include camels, ostriches, llamas, emus, rheas and alpacas, can roam freely throughout most of the compounds, allowing them to develop their own hierarchical structures and natural systems. This provides visitors with an insight into the biological needs, the diversity and the daily life of the animals. The barriers between the animal compounds mainly consist of natural elements. Where necessary, minimal fencing has been installed, taking care not to disturb the sense of open space throughout the park. Central to the park are Koen Vanmechelen's 'living artworks', including his famous Cosmopolitan Chicken Project and the Planetary Community Chicken. Last but not least, the Cosmopolitan Culture Park also allows visitors to encounter a number of Koen Vanmechelen's sculptures and installations, including the Cosmogolem: a 9.5-m-tall open head made of marble and steel, a symbol of children's rights.

The design and construction were performed by BURO Landschap, a Belgian firm specialising in landscape planning, urban design and technology, in collaboration with Koen Vanmechelen and the city of Genk. After the zoo was closed, the fences and animal cages were removed from the premises. This gave the park the chance to recover naturally, which helped create a unique landscape.

Walking in the Cosmopolitan Culture Park, you’ll soon discover the head of the CosmoGolem. This is the first and for the time being the only stone version of the giant who symbolises children's rights. A sculpture 10 metres tall, constructed out of twenty-five marble blocks that together weigh more than 400 tons. An open head; here, your thoughts can be free, here there’s room for a critical mind.

The CosmoGolem project wants to give a voice and an identity to children born in less fortunate circumstances. The project exudes hope and faith in the future. So far, over 40 CosmoGolems have been built around the world. From Zimbabwe to Belgium, from India to Ecuador, the CosmoGolem gives children's rights a face. 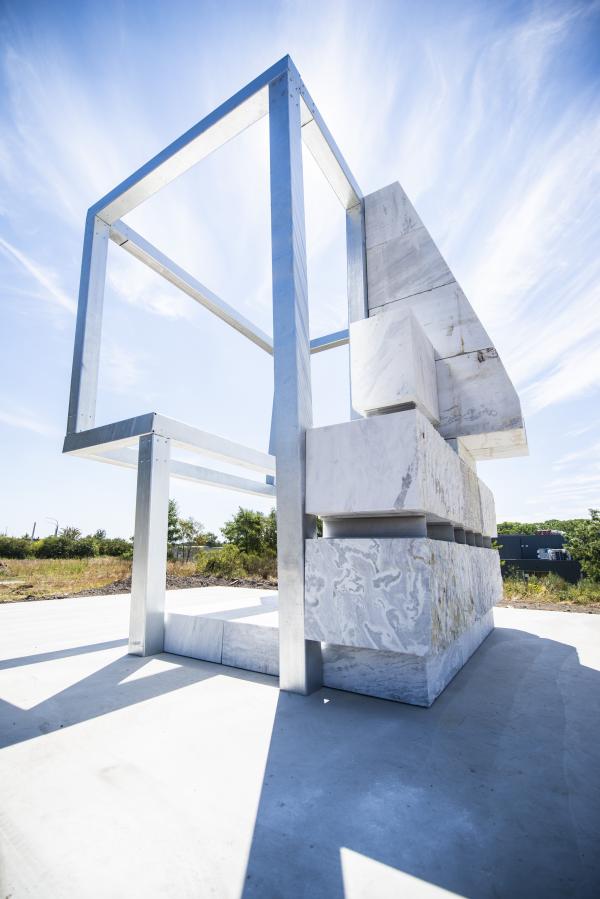 This park is a reverse zoo. Llamas, alpacas, dromedaries, chickens, rheas, emus and ostriches are not locked up but inhabit the grounds. Together with the already existing animal and plant species, they form a new ecosystem.

Animal rights are always central to Koen Vanmechelen’s projects. The animals are afforded lots of natural space, get the best possible care and are allowed a natural death. LABIOMISTA is like an inverted zoo: instead of being locked up, lamas, alpacas, dromedaries, chickens, rheas, emus and ostriches freely roam the grounds.

In order to provide care for the animals at LABIOMISTA and at the other Open Farms, Koen Vanmechelen collaborates with local care-giving organisations. In Genk, these are RegenbOog vzw and Covida. These special collaborations were initiated by Inge Kindt, Koen’s wife. She devoted her entire life to help vulnerable groups increase their strength, self-confidence and opportunities. 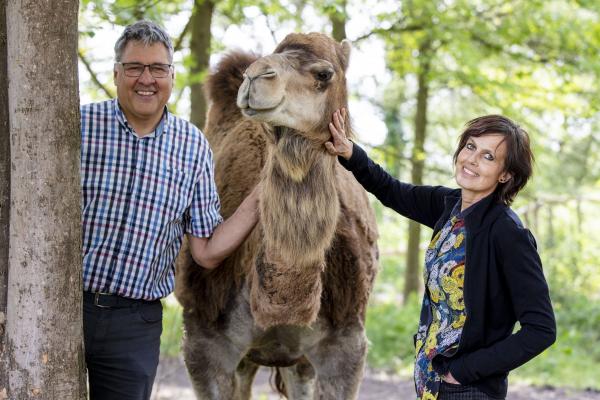