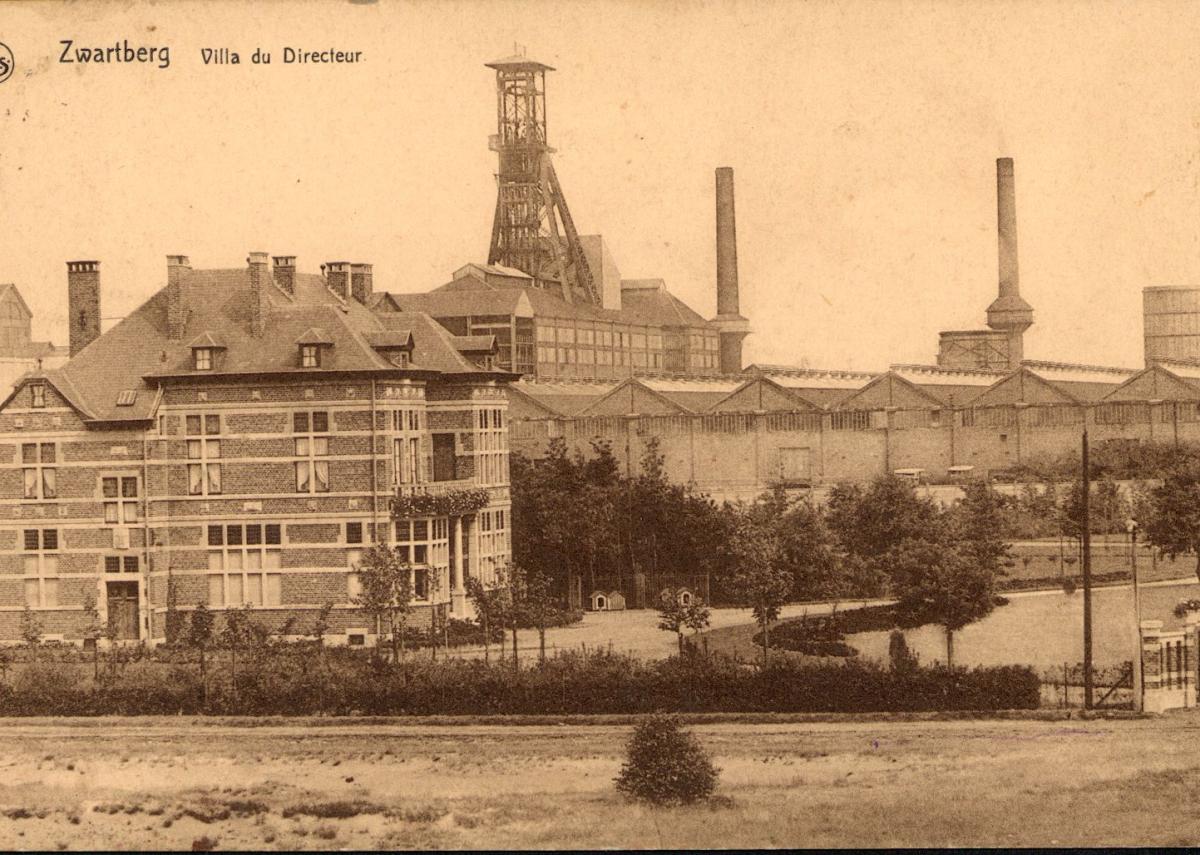 LABIOMISTA is located on a site rich in 20th-century history. In 1901, coal was discovered in the Limburg region. Soon after, three mining sites were established in Genk. The first buildings of the Zwartberg mine were inaugurated in 1910. The mid-fifties are the mine’s glory days, but already in 1966 the last wagon of coal was hauled to the surface. The shaft towers were demolished, and the director's villa was sold to the Wauters family. From 1970, they operated a private zoo on the grounds. That zoo closed its doors in 1997. Now, 22 years later, LABIOMISTA is providing the site with a new, future-oriented destination.

In 1901, a new era dawns for Limburg. Discovery of so-called ‘fat coal’, much sought after, means the landscape is about to change forever. In all, seven mines arise in the Kempen coal basin. The Zwartberg mine is the first to extract coal, in 1925. After the First and Sscond World Wards, an efficiency drive (the ‘Kolenslag’) dramatically increases the demand for workers. A bilateral agreement with Italy offers relief: the first wave of guest workers reaches Belgium. But after the mining disaster in Marcinelle in 1956, the relationship with Italy cools down. New miners are recruited in Spain, Greece, Turkey and Morocco. People from the world over meet in Zwartberg. However, the strong growth of the petroleum industry turns out to be detrimental to the coal industry. In a communitarian reflex, for fear of revolt in Wallonia, one Flemish mine is being sacrificed: Zwartberg – even though it was the most modern and productive mine in Belgium at that time. The blow is a killer, the resistance is great. In the demonstrations that follow, two people are shot dead. Following the Zwartberg Agreement, peace returns: the mine will only close if and when all employees have found other work. On October 7, 1966 the last lump of coal is carted to the surface.

In 1967, the Wauters family buys the former director's residence of the Zwartberg mine in order to set up a zoo. On May 17, 1970, Marcel Wauters – accompanied by two lions - is received by the mayor at Genk city hall for the official signing of the deed of incorporation. Limburg Zoo is inaugurated with a lot of fanfare. The project is based on a profound love of animals. The Wauters family obtains its animals via donations and by taking on the care for old, often abused animals from circuses and bankrupt zoos. It’s an unconventional zoo, with new animals constantly being added via its sanctuary function and through an intensive breeding programme. The zoo’s huge diversity of species and its unique approach – some animals are allowed to roam freely – constitute both the attractiveness of the zoo and its downfall. Without subsidies, it’s impossible to meet the increasingly stringent environmental and animal welfare standards. Under pressure, the park is forced to close in 1997.