LABIOMISTA, Genk – After two years of corona, LABIOMISTA, artist Koen Vanmechelen’s evolving work of art, opens for its fourth annual season, once again with a burning topic. At the crossroads of art, society and ecology the park in Genk (Belgium) issues an open invitation to reflect on the meaning of freedom. Does the current context require us to redefine it?

The word ‘freedom’ is written in large letters on a man’s naked back, flanked by two wings. When he created this campaign image at the end of last year, artist Koen Vanmechelen was thinking about the end of the pandemic. At that time, nobody could have predicted that the question of what freedom means would be so painfully topical in Ukraine today. The image is Vanmechelen’s invitation to an open dialogue, proposing LABIOMISTA as its ideal venue, offering the place and the opportunity to think outside the box. As a fertile frontier between fantasy and research, art and science, nature and culture, LABIOMISTA challenges its visitors to re-imagine the future together.

"Two years into the pandemic, we’ve woken up to a new reality. Without our knowing, there has been a pandemic before the pandemic This has caused the fracture that we’re only now acknowledging in dismay. At LABIOMISTA, we want to deepen our reflections about a new narrative, about freedom, about hope, about generosity. We want to do so with firmness, but also with care and consideration. And with understanding for the perspectives of others. Change lives on our skin."
- Koen Vanmechelen 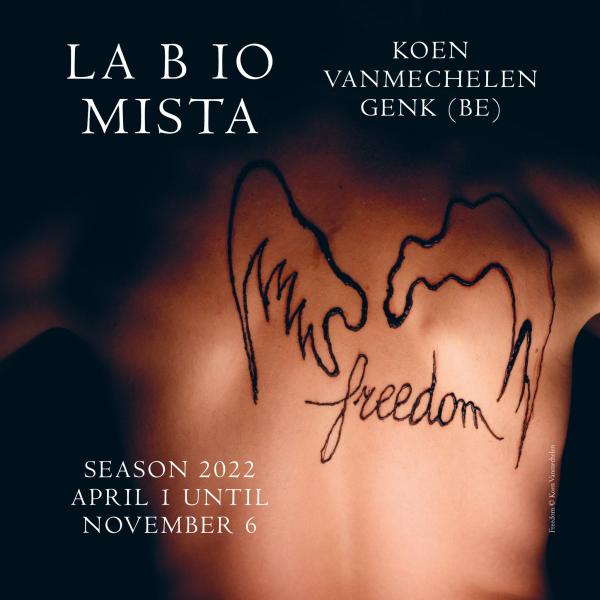 This year will see the start of construction on a new landmark: Future Garden. The building will act as a lever for future developments in the neighbourhood, and is part of LaVieBreede, Vanmechelen’s artistic and conceptual vision, which focuses on integrating and strengthening LABIOMISTA’s surroundings. Designed with architectural firm BURO B and Thys Bouwprojecten, Future Garden is an ecological statement. It consists of an enclosure for tapirs, a research lab in collaboration with UHasselt, and spaces for living and working. A bridge across green scenery will lead to the building’s roof, for which Vanmechelen will create a site-specific artwork.

For this season once again, Vanmechelen has installed several new artworks and installations on the site. For example, the stables have been adorned with remarkable ceramic tiles depicting the Cosmopolitan Chicken and the Planetary Community Chicken, respectively. The tiles on the stables of the dromedaries visualise the DNA of these camelids. Next to the pond at the front of the park stands a new sculpture, ‘Humanity’, an egg on legs that appears to walk into the water, in search of new life. Near the beehives, a large tree trunk has been placed – the ideal habitat for wild bees. And finally, LABIOMISTA awaits the arrival of ‘T-Rex’, a seven-meter-high bronze chicken leg with gilded claws.

"Since its opening in 2019, more than 130,000 visitors have walked through the gates of this evolving work of art in Genk, covering 24 hectares. Ever since the opening, the park’s proceeds have been fully reinvested in its public function and in neighbourhood projects." - Wim Dries, mayor of Genk 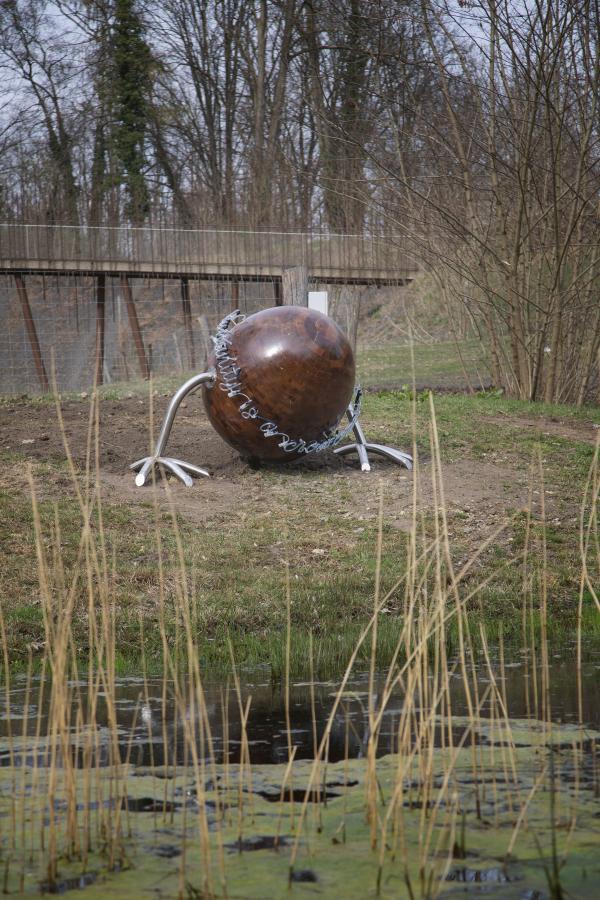 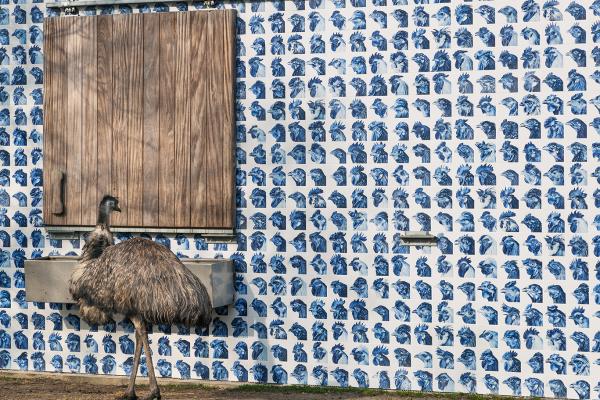 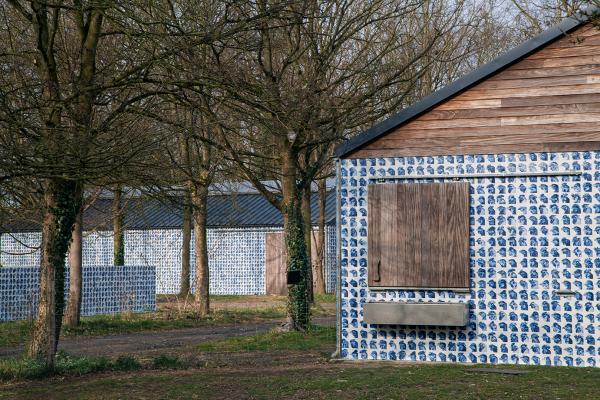 Knowledge experiment LaMouseion will also be continued. The project, which references Alexandria’s Mouseion, the legendary knowledge and arts academy from Antiquity, is explicitly aimed at young people. Under the heading ‘The Unthinkable Experiment’, LABIOMISTA and its partners (VUB/ULB, UHasselt, KU Leuven, Global Campus of Human Rights, MOUTH Foundation, OpUnDi Genk, and various local associations) in 2022 will again bring young people together in the think boxes on site. This year, the central themes will be ‘hope’ and ‘generosity’. Young people between the ages of 18 and 28 can register to participate via the LABIOMISTA website.

LABIOMISTA’s projects aren’t limited to the park itself, they also expand into the neighbourhood. In March 2022, a new project was initiated on the Koning Boudewijnlaan, the avenue adjacent to the park: Mixed Menu Kiosk is an innovative activation workshop for training, employment and social integration.

The project offers easy and open access to young people between the ages of 18 and 30, and aims to help them develop their talents, and in so doing guide them towards the job market. The project is powered by various partners joining forces and expertise to guide these young people. Meanwhile, neighbourhood park Nomadland continues to evolve, in close synergy with LABIOMISTA and local residents.

Open Studio & Day of the Cosmogolem

LABIOMISTA will both open and close the new season with an Open Studio, on April 2nd and November 6th, respectively. This is a unique opportunity to peek behind the scenes of ‘The Battery’, Vanmechelen's impressive studio, designed by Swiss architect Mario Botta. Another red-letter day on the calendar: July 21st, the ‘Day of the Cosmogolem’, the children’s rights festival that celebrates the vitality of children and young people.

Season 2022: from April 1st up to and including November 6th.