The various phenotypes display characteristics of the six different chicken breeds that were crossed into this generation of the Cosmopolitan Chicken Project / recognisable elements from Belgium, France, Great Britain, the United States, Germany, and the Netherlands. 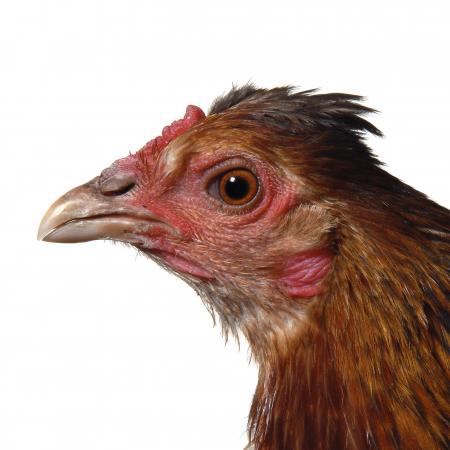 Vanmechelen found specimens of the Louisiana in northern France, at a cockfight. Attending the fights was a strange experience: it’s a rather primitive ritual with strict rules for the attendant men and women and for tying the spurs with their pins and knives onto the cocks. The first round of the cockfight that Vanmechelen attended still seemed fairly sedate - the Louisiana is a 'rolling cock': it rolls itself defensively before proceeding to the real confrontation. The bloodlust displayed by protagonists in the second round – with one cock using his pin to slice open the artery of his opponent with great precision – makes the artist go all rubbery-legged for a moment. 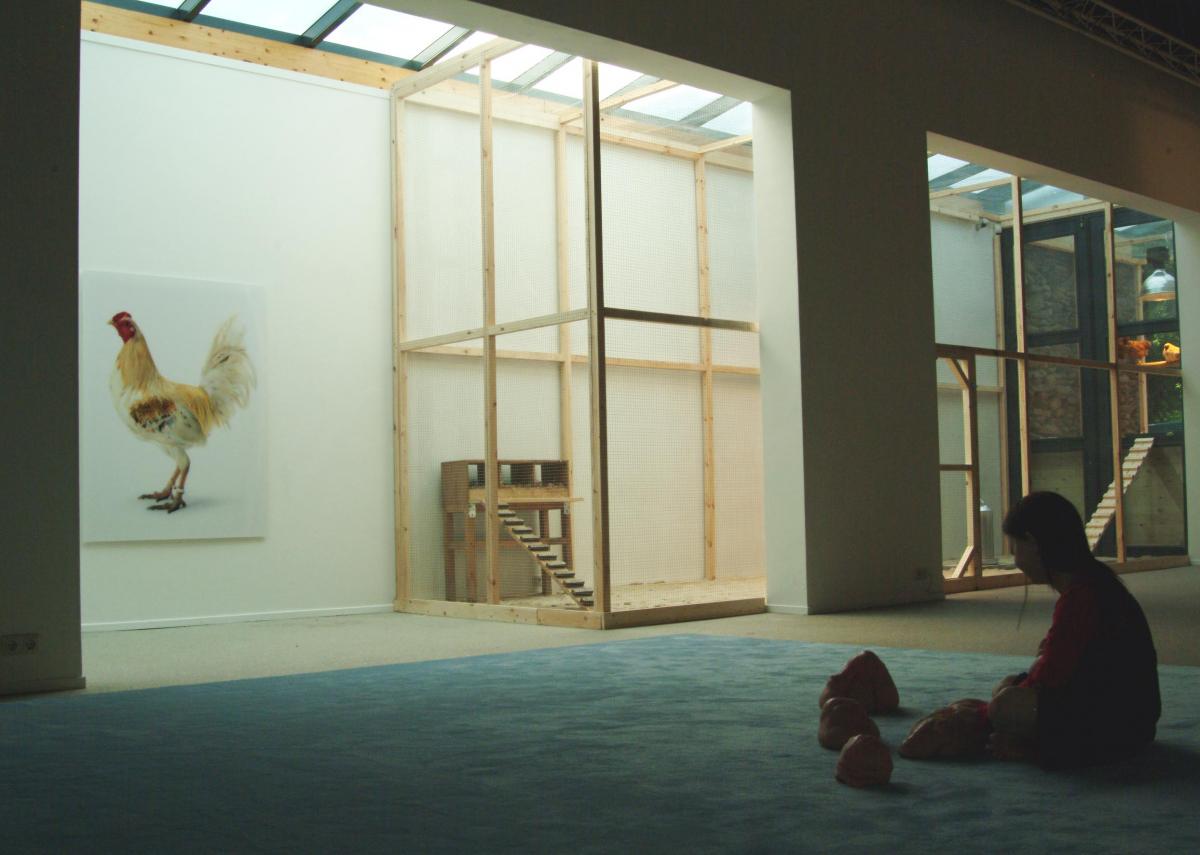 The introduction of the Louisiana within the CCP meant that for the first time, fighters’ blood was added to the cosmopolitan chicken. It was striking that the fertility of the Mechelse Louisiana was considerably greater than that of its predecessors: many more descendants were born. Could a hypothetical connection between aggression and fertility be an explanation?