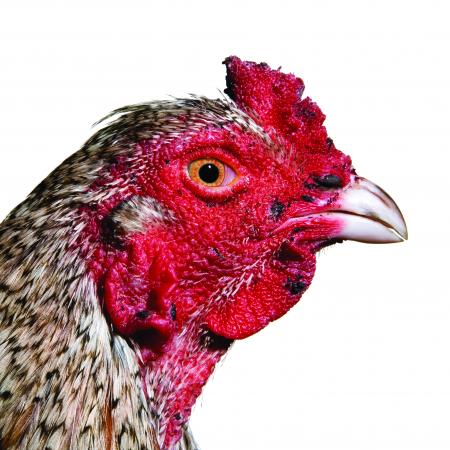 The various phenotypes show characteristics of the eight different chicken breeds that were crossed into this generation of the Cosmopolitan Chicken Project / recognisable traits from Belgium, France, Great Britain, the United States, Germany, the Netherlands, Mexico and Thailand. 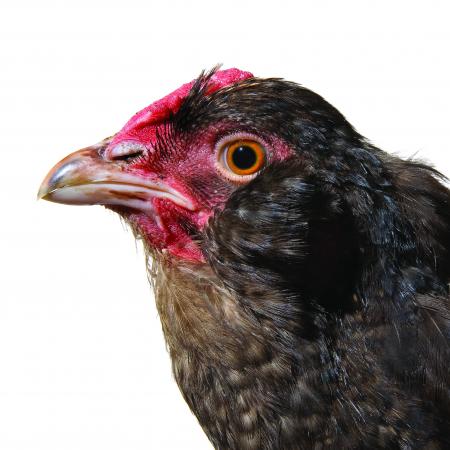 Originally a Chilean or Brazilian chicken breed / name derived from Chile’s Araucanian Indians, who were known to raise this breed / fairly upright chickens, bred in many colours, with an irregular comb / feathered skinfold on either side of the head = tufts (not always symmetrical) / very resistant to diseases / lays green eggs / also called Samba Chickens.

Vanmechelen bought the Araucana at a market in Mol (BE) 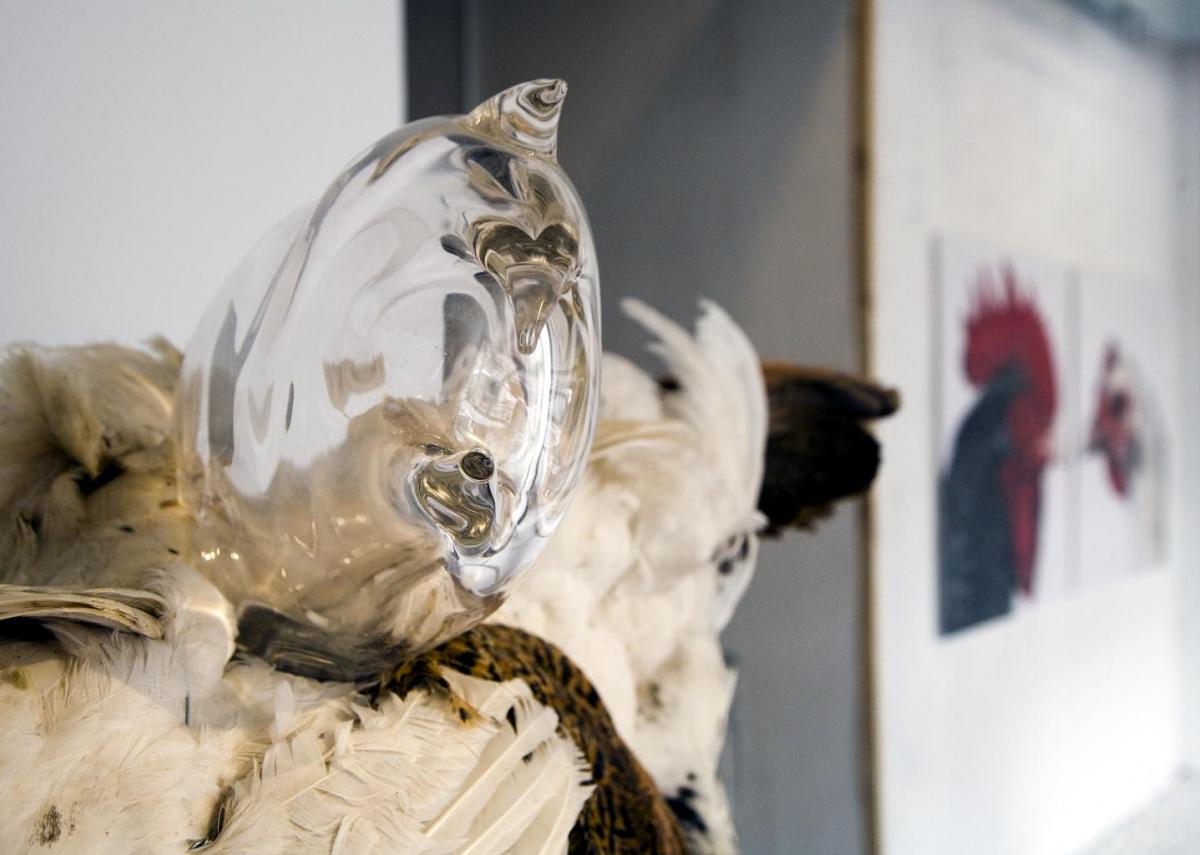 The introduction of the Samba Chicken to the CCP helped lure in Olivier Hanotte, professor of genetics at the International Livestock Research Institute (ILRI), into the unfolding saga. Originally, he was curious as to what would be the result in future generations of crossing a chicken from a green-blue egg. Later, he became involved in the expansion of the project to Havana (Arenas de Evolución and OpUnDi) and subsequently to Ethiopia (CCP).