In November 2017, local communities in Zimbabwe adopted the first roosters which were bred in an ambitious international art-science project. Artist Koen Vanmechelen names this new generation of birds the Hukukhulu or big chicken.

Belgian artist Koen Vanmechelen launched the African chapter of his so-called Planetary Community Chicken (PCC) project in August 2016 in The National Gallery of Zimbabwe. This chicken is the offspring of Vanmechelen’s Cosmopolitan Chicken, the accumulation of the genes from different existing chicken varieties, and a local commercial breed. The PCC crossing brings new global diversity to the local flock while harnessing important regional genetic and behavioral traits. 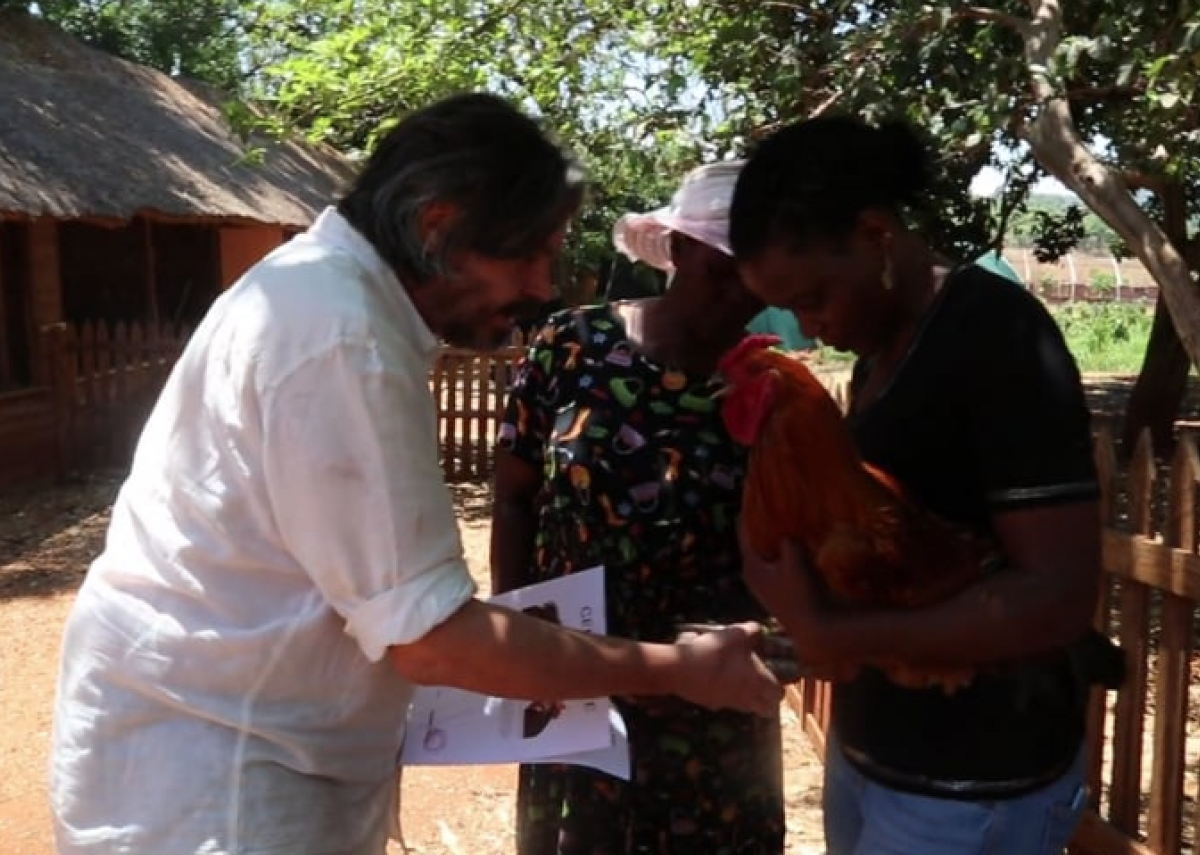 The Planetary Community Chicken project is part of a global art science initiative of Vanmechelen and aims to bring new, healthier chickens to the world’s communities through increased gene flow. It emphasizes the importance of diversity and local, small-scale community farming for long-term sustainability and is scientifically researched at the International Livestock Research Institute in Ethiopia.

The first twenty PCC chickens who hatched at the National Gallery, were reared at the Future of Hope center; a training centre in Harare founded by social entrepreneur and food-expert Chido Govera. The chickens will migrate to a few carefully selected communities that are already active members of The Future of Hope Foundation trained through the Rotary International Global Grant’s Orphan Teach Orphans program of the foundation. The communities will build a coop for their new ‘adoptees’ themselves. Koen Vanmechelen: “I name this project, Hukukhulu. This term is a blend word consisting of two lexemes. The Shona word for chicken - huku – and the Ndebele word meaning big, kulu. Blending, mixing, interbreeding is the future.”

The PCC poultry becomes part of a new life-giving ecosystem, an integrated food system that provides women with additional income and nutritionally-rich food. Chido Govera: “It will add value to our Mushroom based Integrated Food Production System, transforming ingredients/nutrients that are less suitable or unavailable for human consumption, into powerful food products. Moreover, poultry is something the women already know so well and can manage with ease. Hukukhulu offers the much needed resilience through diversity.” 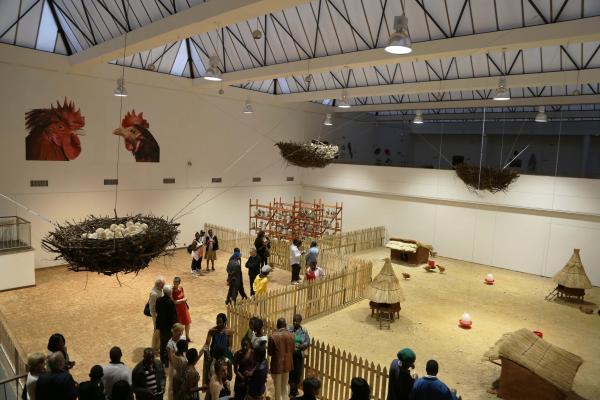 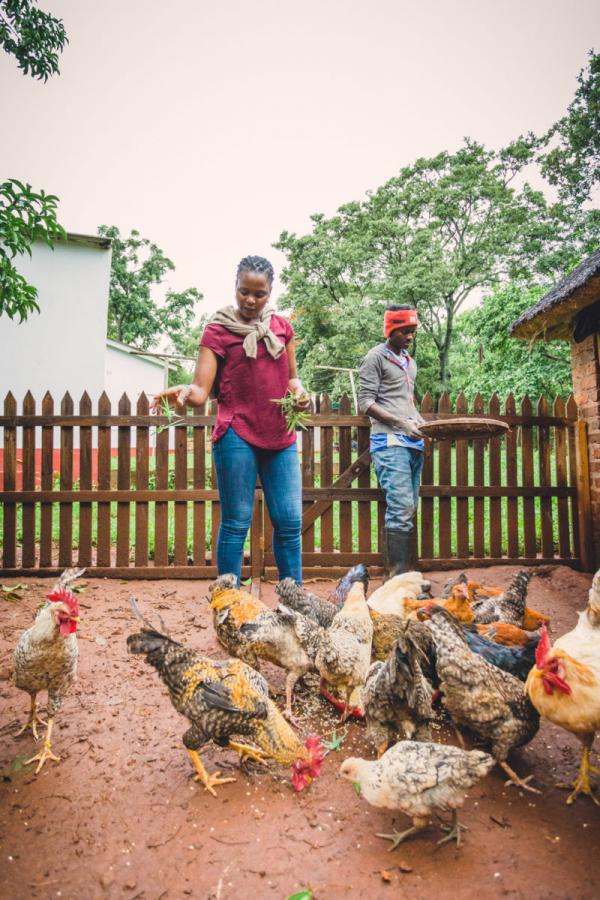 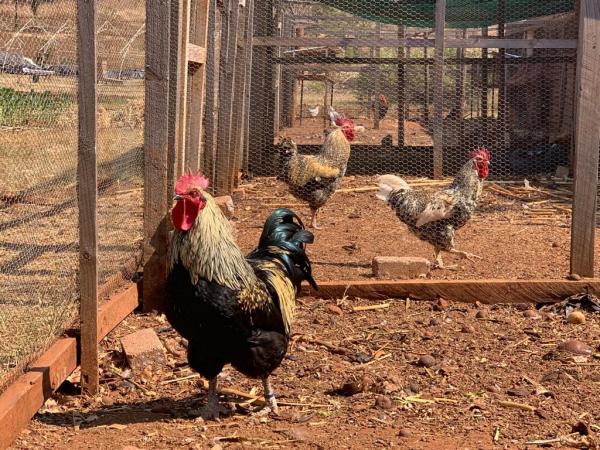 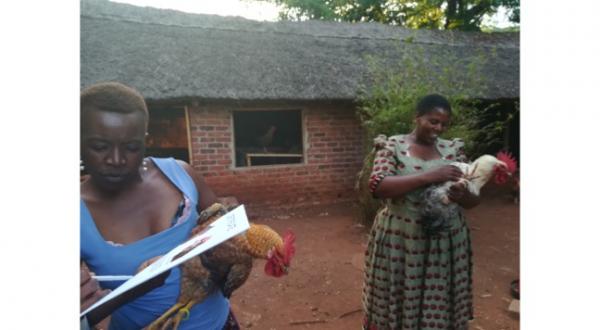 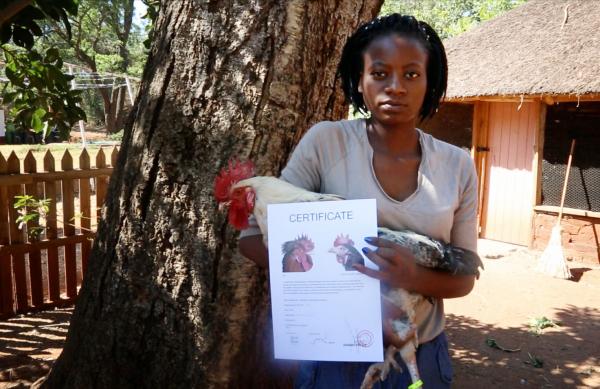