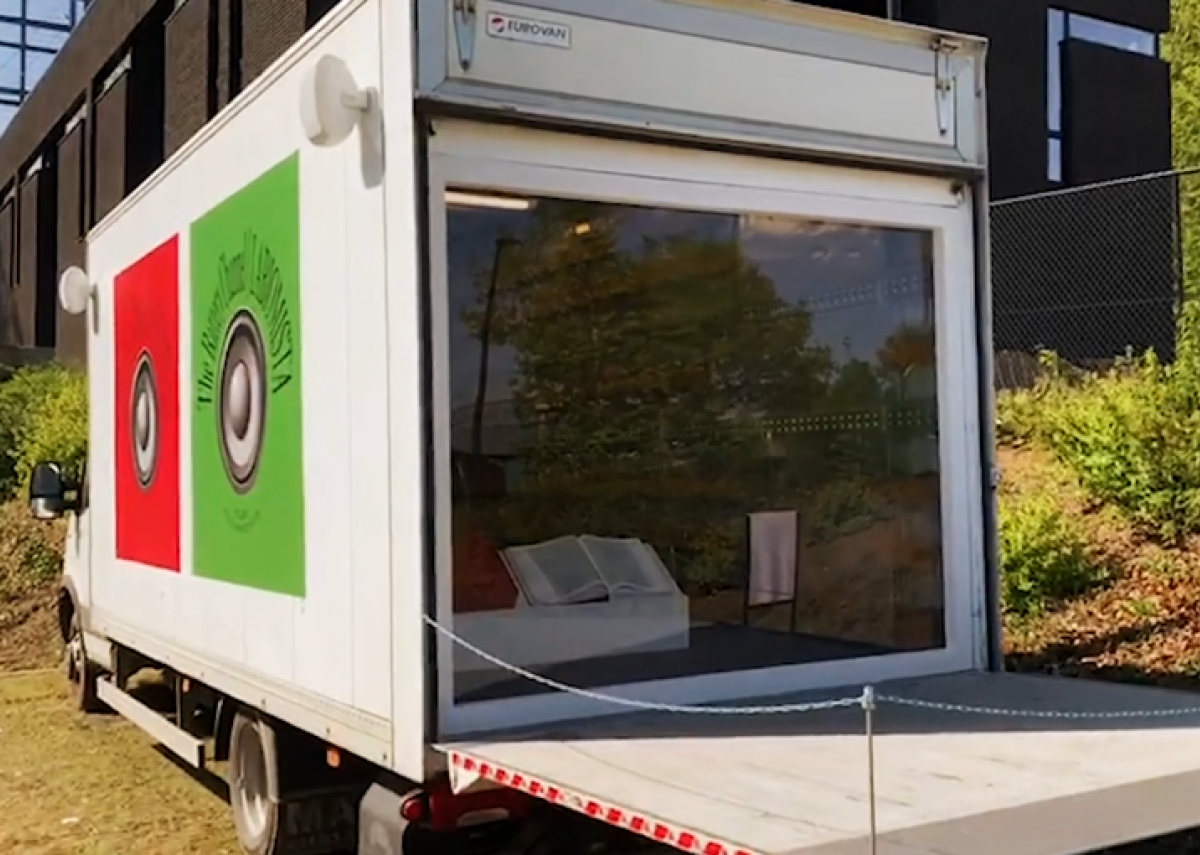 From The Battery, in quarantine, we share our position and message with the world. The sound of diversity is heard from the speakers of the Battery Channel. An SOS for the world.

Please note, visiting is only possible with respect to the Covid-19 measures 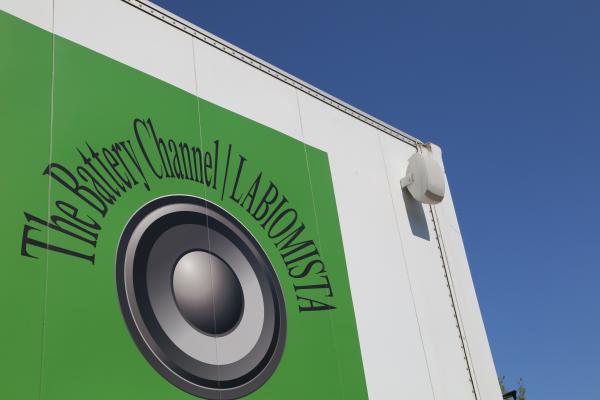 More information about the exhibition

Research suggests that genetic diversification positively impacts health, vitality, and life expectancy. With the Cosmopolitan Chicken Project and the Planetary Community Chicken, artist Koen Vanmechelen explores the markers of diversity that make for a strong and robust chicken breed.

The artwork, "Book of Genome", has been developed using the most modern technologies for DNA mapping. It presents the genetic code of the Mechelse Wyandotte; the 20th generation of the CCP, a cross that contains as many different countries.

The chicken genome contains more than a billion nucleotides, composed of the four letters of the DNA alphabet, A, T, C and G, which line up in a specific order to create the chicken. Together with the numbers, these letters form a certain code. For each of the chickens studied in the project, the DNA sequence was compared to the scientific standard. Where the DNA sequence of the chickens differed, genetic diversity was highlighted. As a result, the thickness of the book indicates the unique diversity of this crossing.

This book shows that in the 20th generation of the CCP, 8.33 million places were found where the letters differed from the standard. For the Mechelse Koekoek, this was only the case for 6.96 million places. Vanmechen's 20th generation therefore shows more genetic diversity than the pure-bred chicken. 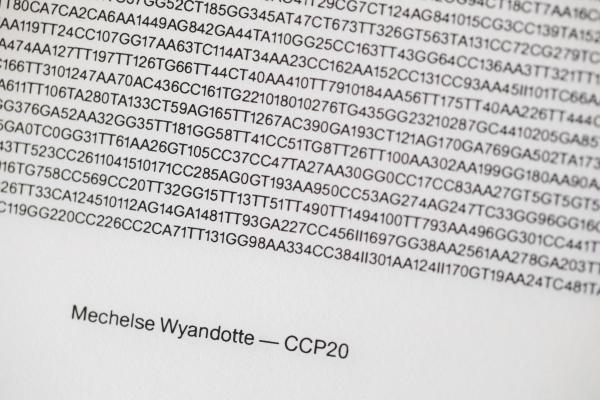 The chromosone pairs from this Book of Genome were translated into Morse code, the forerunner of digital communication. They are broadcasted from the speakers of the Battery Channel. The sound of diversity as an SOS to the world.

This work was shown at the Victoria and Albert Museum, London last year and is part of the permanent collection of the National Museum in Ethiopia. A copy of this book is also kept in the safe of the Open University of Diversity in Detroit (USA). 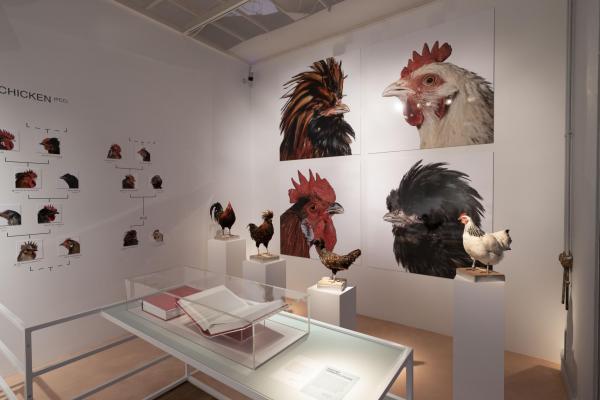