LABIOMISTA, an evolving work of art about the mix of life.

On the foundations of the mining past and the former zoo of Zwartberg (Genk), a project is evolving that transports you into the unique vision of artist Koen Vanmechelen and his life's work in terms of identity, fertility & biocultural diversity. A garden of order and chaos, an arena of culture and nature. Vanmechelen's wonder lab.

As you find your way in the 24-hectare park through an open-air exhibition with many of his (living) artworks and installations, universal societal topics such as diversity and human rights are made concrete and turned into conversation pieces.

In this unique collaboration between artist Koen Vanmechelen and the city of Genk, a shared vision about the potential of identity & diversity takes shape in different ways. LABIOMISTA is a permanent and evolving work of art that invites, challenges and inspires you. It’s a hotbed for a wealth of new ideas, creations, projects and collaborations. And it’s a meeting place for all the species of this world.

LABIOMISTA also creates new life. In so doing, it inspires and fertilises its environment with energy and initiatives in various cultural, social and economic areas. This creates a profound and unique cross-fertilisation between artist and city, people and society. 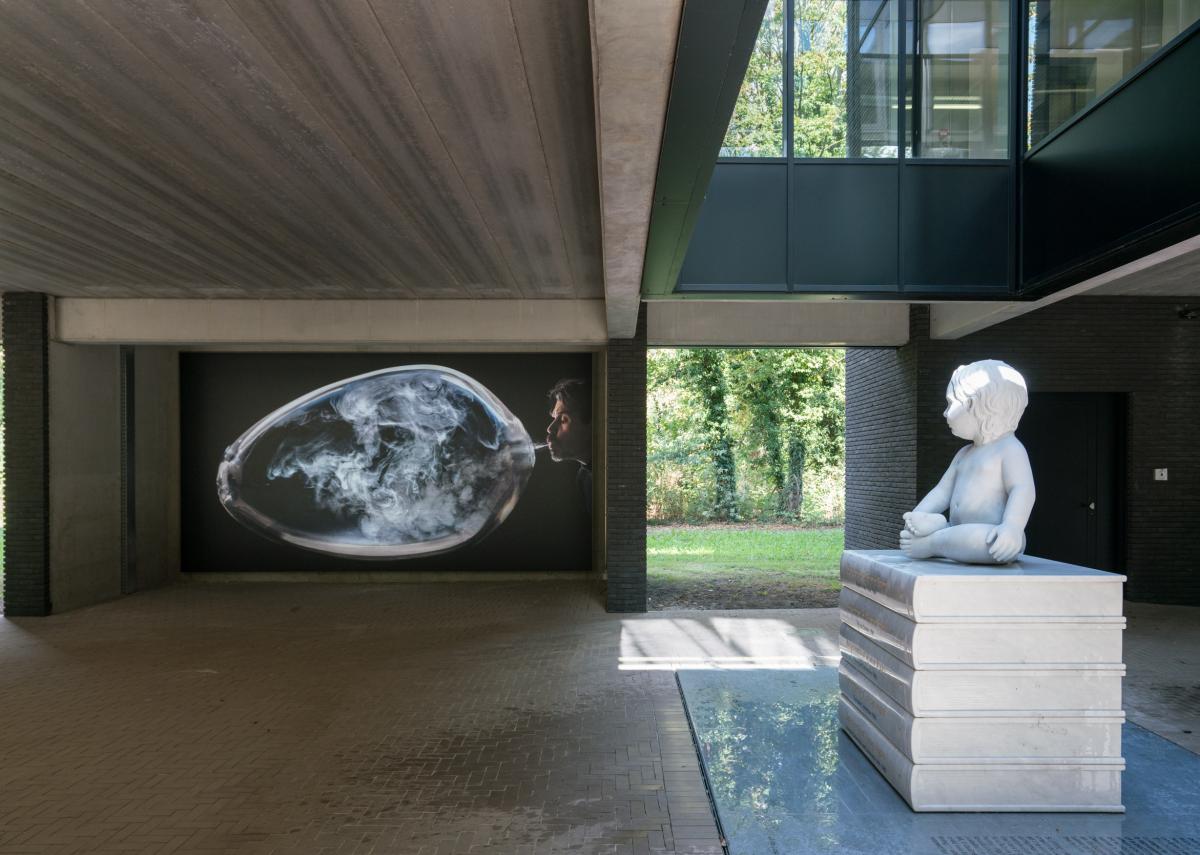 LABIOMISTA is the embodiment of Vanmechelen's artistic and philosophical vision. A renowned artist, he has been working for over 20 years at the intersection of art, community and science. His comprehensive oeuvre includes paintings, sculptures, videos, mixed-media installations and ‘living art’ projects. His passion is based on the belief in art as a driver of mutual understanding and as a guide in the search for answers to the major challenges of the 21st century, the relationship between nature and culture and in particular the development of sustainable communities. 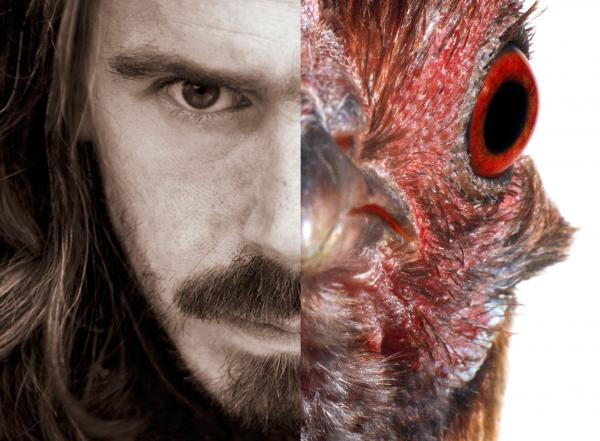 As the most diverse city in Flanders, the city of Genk shares Koen Vanmechelen’s vision on diversity as an explanation for the present and a shaper of the future. That’s why they are confident that with LABIOMISTA, the artist, together with the city can fertilise Zwartberg’s fertile soil and generate experiments and redevelopment. The themes in Koen Vanmechelen's work can be translated to the context of a small-scale, cosmopolitan city like Genk. This constitutes a new, bold approach to urban renewal. 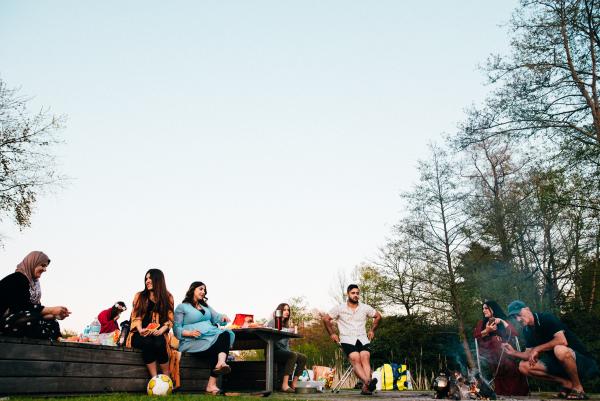 In an experimental way, LABIOMISTA represents my vision on nature, society and life. It will evolve together with my work. Because it’s so all-encompassing, it could only have taken shape in a city as diverse as Genk.

Half of the 24-hectare area consists of wild nature. LABIOMISTA also houses Koen Vanmechelen’s studio and operational headquarters (The Battery), the restored director's residence of the former coal mine, later used by the Zwartberg zoo (now transformed into Villa OpUnDi) and a striking gateway building (The Ark). There is an outdoor exhibition with numerous live artworks and installations, and a space for workshops and education (LabOvo). Renowned Swiss architect Mario Botta designed The Ark and The Battery. Together with Botta, Vanmechelen created an extraordinary conservatory (The Looking Glass) and a huge eagle cage as part of his studio.

The park section contains three animal compounds that add up to more than 9,000 m², three ponds and a walkway more than one kilometer long interspersed with a few bridges. The animals in the park play an essential role in Vanmechelen’s work. In addition to his famous chicken species, you can also see llamas, emus, dromedaries, ostriches, alpacas and nandoes.

A substantive project, embedded in the community

The cross-pollination between Koen Vanmechelen and the city primarily takes shape as a substantive project. City, neighbourhood and artist all work together to strengthen the local urban fabric. This fits in with the shared vision of supporting sustainable, healthy and vibrant communities by linking local with global, art with society.

That’s why the entrance revenue for LABIOMISTA will be reinvested fully in the public function of the park and in neighbourhood projects. These projects are masterminded at OpUnDi Genk (Open University of Diversity) which is physically located at Villa OpUnDi.

Adjacent to LABIOMISTA is Nomadland, after a concept developed by Koen Vanmechelen. Nomadland refers to the nomad, the traveller along the Silk Road, which brings together the wealth of different cultures. With its public gardens, picnic areas and an events meadow, it will become the meeting place of choice.