As part of his installation 'Arena de Evolución' at the Havana Biennial in 2015, Koen Vanmechelen organised conversations with an international group of scientists. That conversation led to the insight that the diversity of the Cosmopolitan Chicken must be handed back to the local, often vulnerable communities that created the many chicken species in the first place. Bringing together the global and local levels and crossing diversity with productivity generates the possibility of a new, sustainable type of evolution. That’s the essence of the Planetary Community Chicken or PCC. Every PCC generation is a cross between the last generation of cosmopolitan roosters and the local commercial egg layers. In this way, local genes are enriched with the genetic diversity of the CCP. 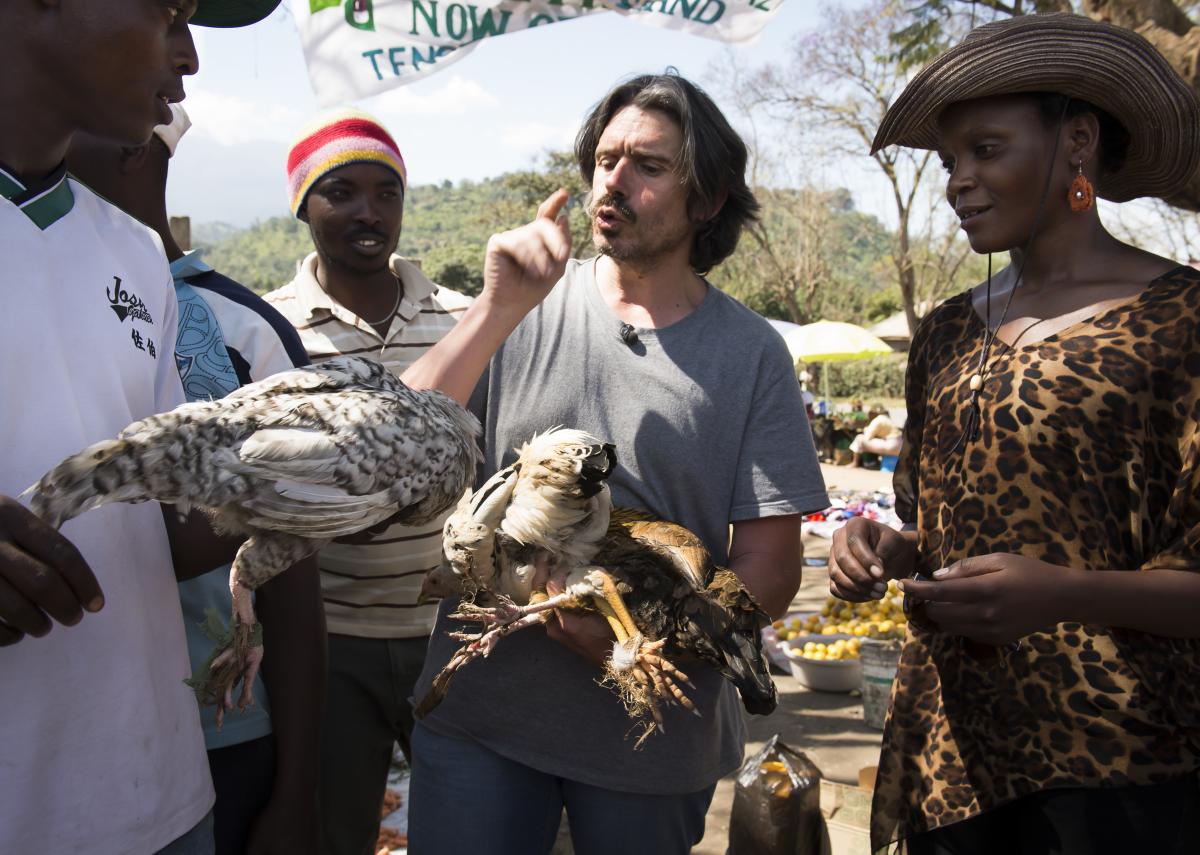 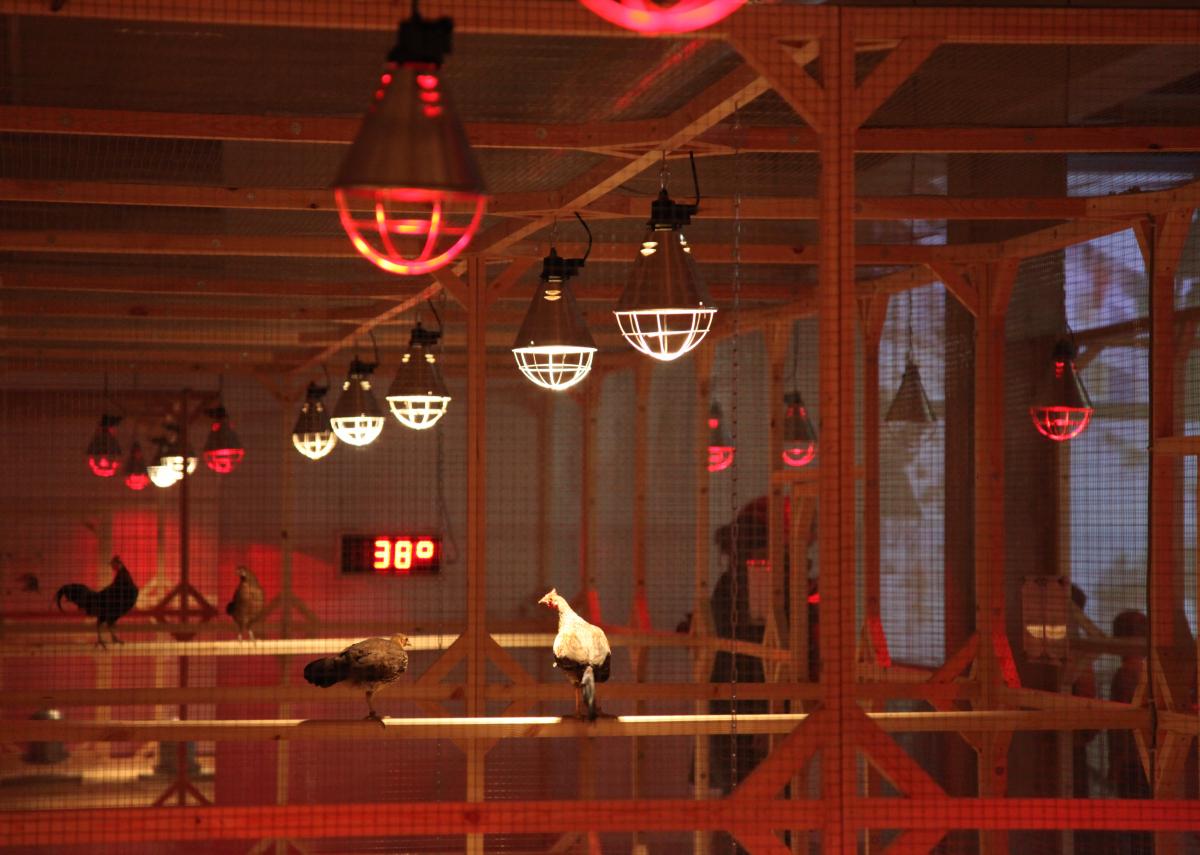 The first chick from the Planetary Community Chicken project (CC2016) was born in Sint-Truiden. By now, it’s been joined by others at the Future of Hope, in Harare (Zimbabwe), at Oakland Community Farm in Detroit, and at the International Livestock Research Institute in Ethiopia. Every new crossbreed breaks out if its shell in galleries and museums, in spaces that invite public debate. 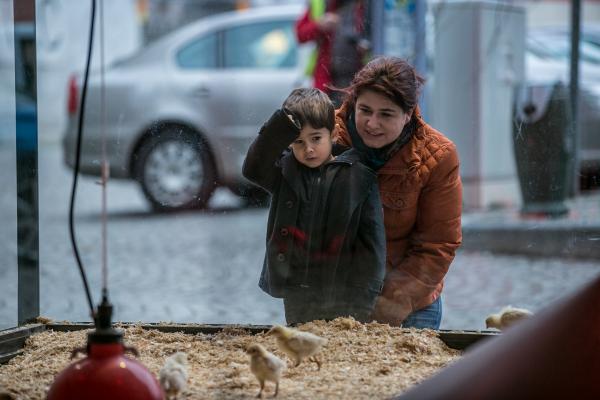 This is not about one farm. It is about two farms: one at the global level and one at the local; it’s about diversity and productivity.