On July 2nd, 2022, the 41st edition of Watou 2022 Arts Festival opened to the public. Under the title Sense of Place, art and poetry can be found all around the city and the Castle of Lovie during the upcoming summer months. This edition focuses on interconnectedness, on interaction between the village and the artists, on the interplay between art and poetry. Sense of Place is curated by James Putnam (art) and Michaël Vandebril (poetry) and is inspired by Koen Vanmechelen.

Watou 2022 opts for avant-garde and resolutely draws the card of the experiment. After an idea of artist Koen Vanmechelen, an open call was launched at the beginning of 2021 under the name Patchwork. The Patchwork initiative invited young and older artists from all disciplines to think together about what the next editions of Watou might look like. With a tent and a sleeping bag. And to inspire each other. Vanmechelen believes that it’s not only the village that can learn something from the world  but also the other way around. “The global only exists through the generosity of the local”, states the artist.

The result is a Watou edition that questions itself. The multi-day residency led to a new concept for the arts festival, translated into several in situ artworks, which are shown to the general public this summer. Supplemented by an international selection of existing artworks. A patchwork of impressions, an unpredictable whole of different elements.

145 artists applied for Patchwork. An international and multidisciplinary jury selected thirty candidates. In the summer of 2021 these artists camped in the village. They entered into dialogue with the inhabitants. They immersed themselves in the festival that took place that summer.

The Patchworkers submitted proposals. Again, the jury met and in the end about 20 project ideas were honored. Koen Vanmechelen is the inspiration behind the project. James Putnam, one of the members of the jury, took on the curatorship for the visual arts, while Michaël Vandebril took charge of the poetry section. Also this year, the Patchwork project is being repeated and  30 newly selected artists will reside in Watou during the festival. 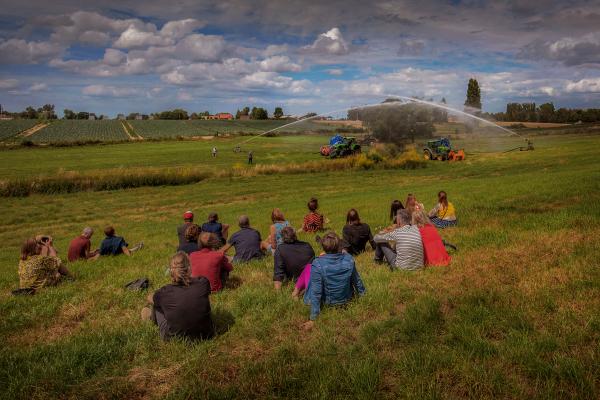 Watou 2022 arts festival was given the title Sense of Place. Besides the 100% new works, created by the Patchwork artists, visual arts curator James Putnam invited several international artists with existing work that find a temporary home in Watou.

Sense of Place shows the works in dialogue with their surroundings; a village environment, in a border area, very different from the stereotypical white cube-like presentation of contemporary art, and thus definitely a curatorial challenge. The chosen artworks are all searching for their own place, the right place. Conversely, the art also gives meaning to the place. The works change the environment and our perception of it. Take Hartley's 'grow house' which gives a unique insight into what may be going on behind these facades, or Vizioli's film combined with Vanmechelens' T-Rex in the brewery which simultaneously evoke a primal past as a new world

A second curator was appointed for the poetry section: Michaël Vandebril. Just like Koen Vanmechelen, he has a close connection with Watou, as co-founder of the Huis van de Dichter (Poet's House) in Watou, the former residence of Gwij Mandelinck, which since 2018 has been an exquisite place of residence for literary makers. Vandebril is also fully committed to cross-pollination, between place and poets, between visual art and poetry.

Vandebril selects twenty poets who wrote new poems, inspired by the Patchworkers' artworks. It is a diverse list of poets in terms of gender, style, age and roots. 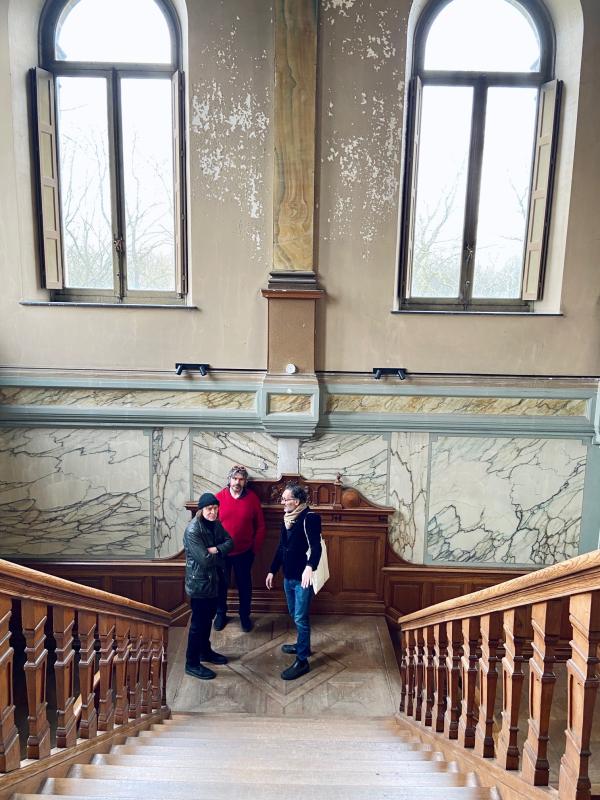 Also on the programme: resident sessions of the Huis van de Dichter (House of the Poet), the Poëzieradio (a podcast by Alex Deforce) and the National Inertia Day (in collaboration with VONK & Sons).

The project “Patchwork” runs parallel with the Watou Arts Festival. It’s an open call for professional artists and final year bachelor or master students in an art program. Curator Koen Vanmechelen and the city of Poperinge invite artists to spend a number of days in Watou during the summer of 2022.

“Watou, located on a linguistic and cultural border, serves as an inspiration for many artists. The similarities with my own culture site LABIOMISTA are countless. Genk is a city that consists of a patchwork of villages and hamlets. In Watou it is also necessary to connect the local wealth and global context in a fertilizing way, and in a way that will strengthen the balance rather than disturb it. My working method in both communities is based on the philosophy of the Cosmopolitan Chicken Project. Letting elements search for each other to give fertilization. The Watou nest, at the crossroads of poetry, landscape, and agriculture is an ideal place for responding to and involving the local community. Searching for a new way of farming, of building and connecting with boots on the ground and the view beyond the horizon.” 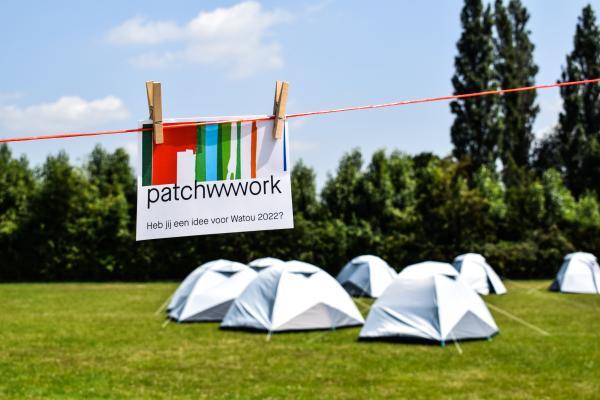 Open from Wednesday to Monday, from 10h to 18h 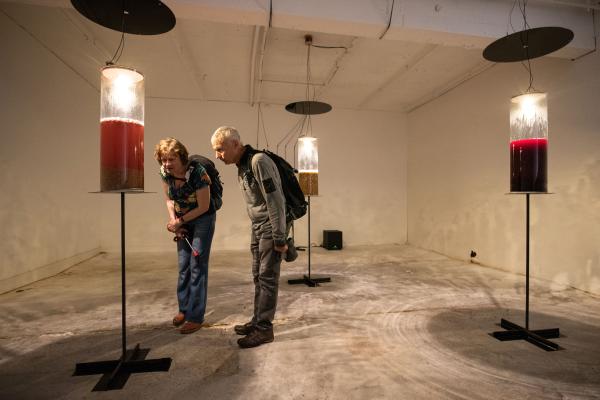 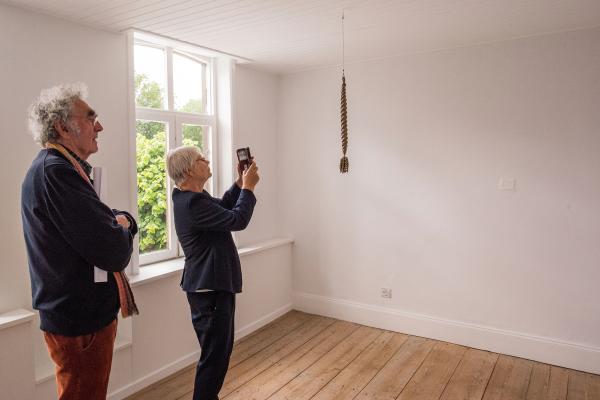 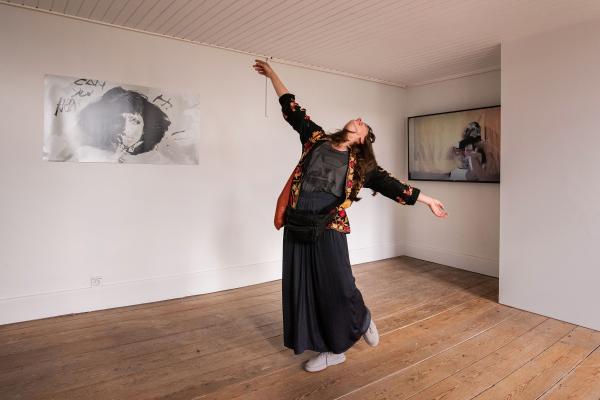 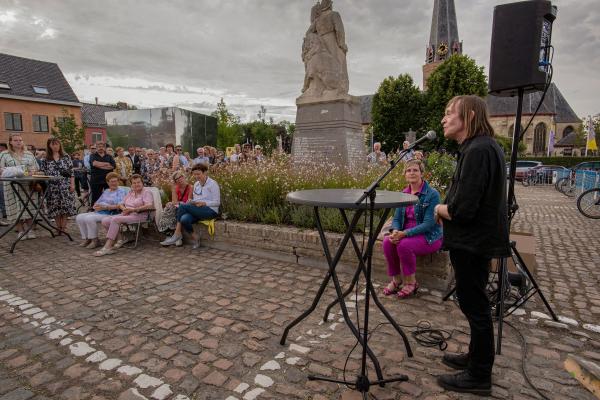 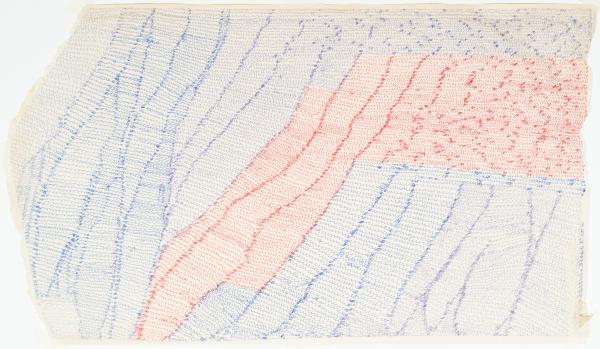 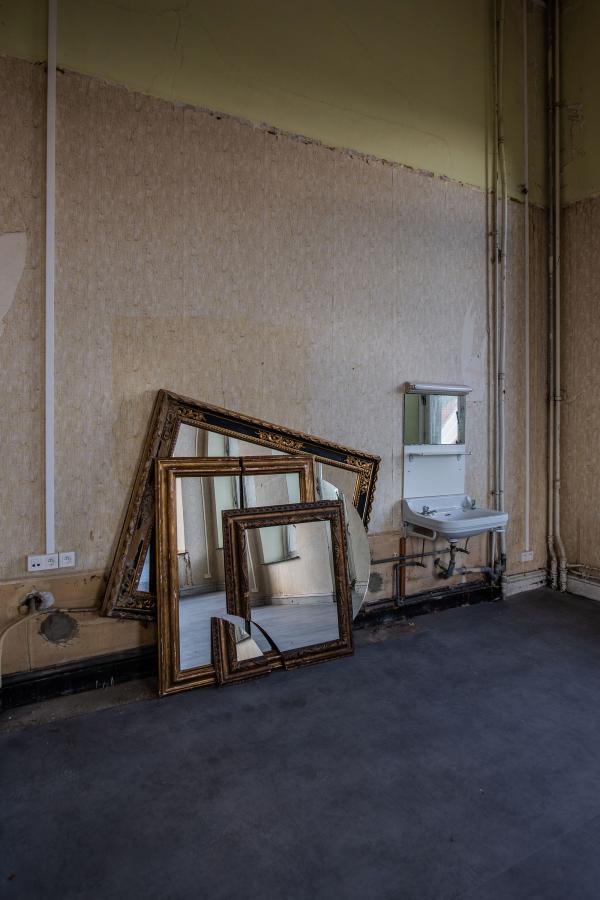 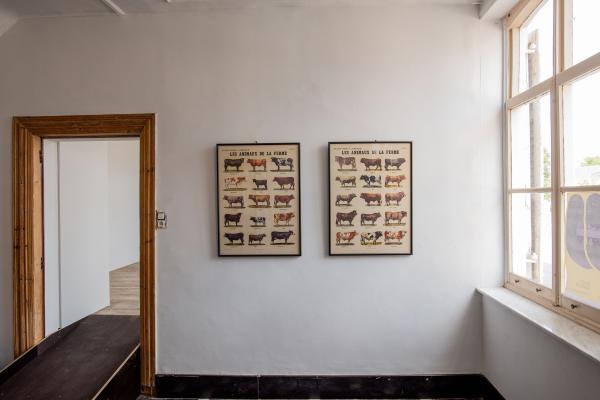 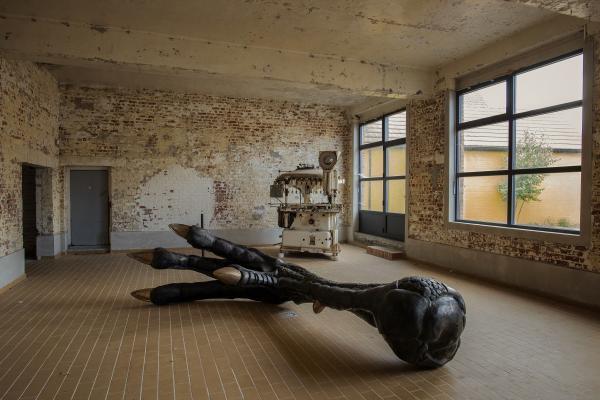 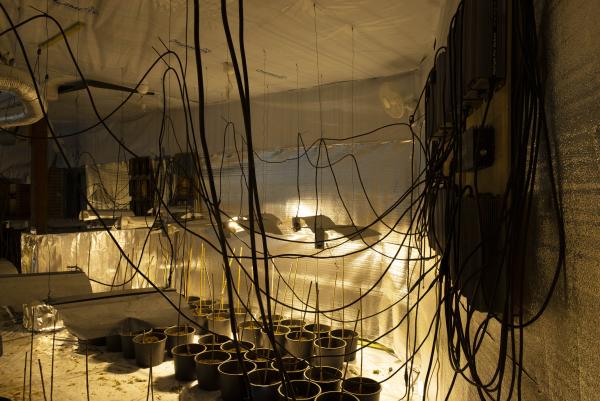