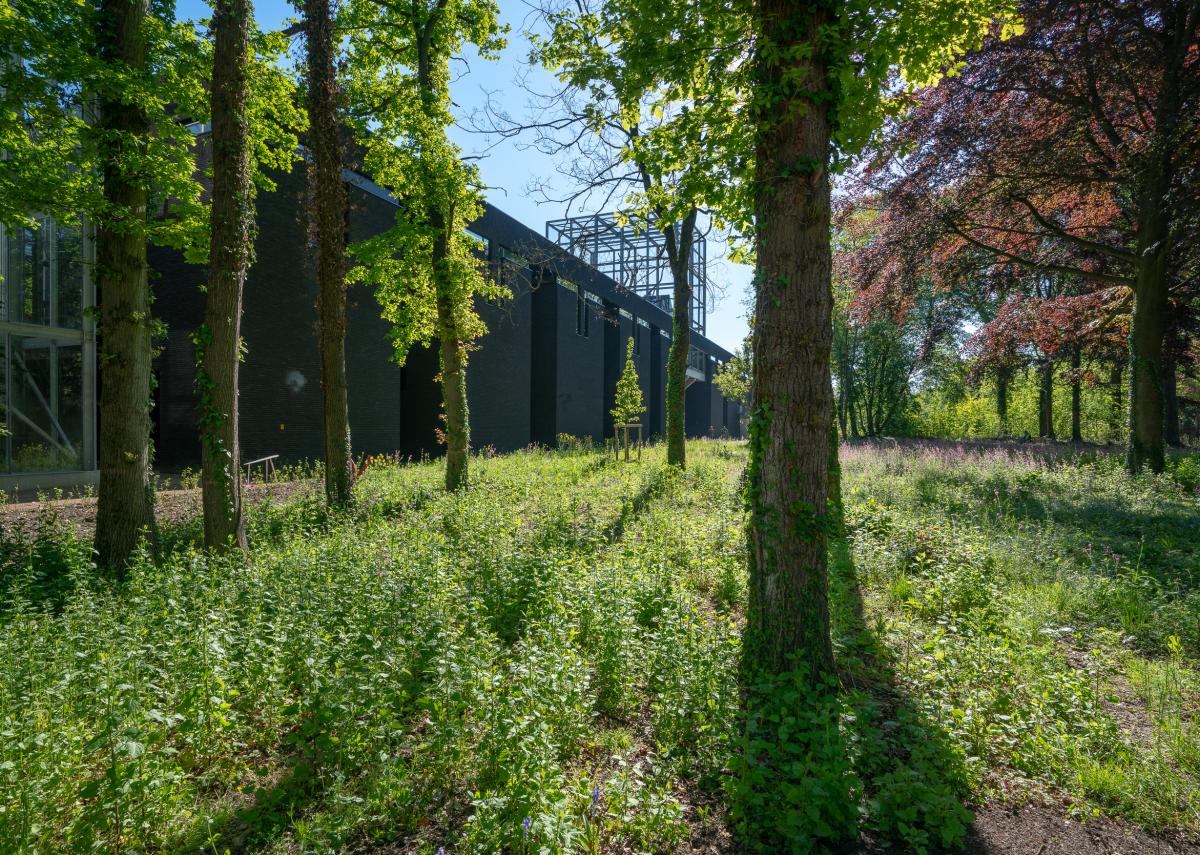 The Battery houses the studio of Koen Vanmechelen, an impressive new build with an area of almost 5000 m². The design is by the renowned Swiss architect Mario Botta (Museum of Modern Art in San Francisco, Fiore di pietra in Switzerland, and more). Inspired by Vanmechelen's work, Botta created a building consisting mainly of concrete, clad in a black facing brick and six-metre-high windows that allow light to penetrate deep into the building.

The first part of the building was constructed on pillars, allowing the visitor to walk beneath it as if through an open-air gallery. The niches frame various 2D and 3D works by Vanmechelen, including an installation with the Red Jungle Fowl - the 'primal chicken' and ancestor of the domesticated chicken. The rest of the studio is not open to the public: it contains the artist's private work space, with assorted logistical spaces and offices for the supporting team. The Battery is characterised by two large cages: The Looking Glass at the front of the studio and the eagle's cage on top of the building. The world comes together in The Looking Glass. Seed- and fruit-eating birds from the world's various continents cohabit here in a tailor-made habitat, including hornbills, toucans, roul-rouls, Victoria crowned pigeons and various kinds of tourako. In collaboration with internationally recognised organisations, adapted breeding and placement programmes are being developed to protect and preserve diversity.

The eagle's cage houses a pair of Steller's sea eagles – their antipodes. Here we have predator and prey, strength and power, in a constant search for balance. Together, they symbolise the duality of beauty and cruelty in nature, of benevolence and resistance, of serenity and conflict. They underscore a central, constant concept in Koen Vanmechelen's oeuvre: conflict, and by extension the question of humanity’s role in it.

A lump of raw energy, black brick fused with nature. The Battery tells a story about duality, about nature and culture, about connectedness, about fertility and about survival.