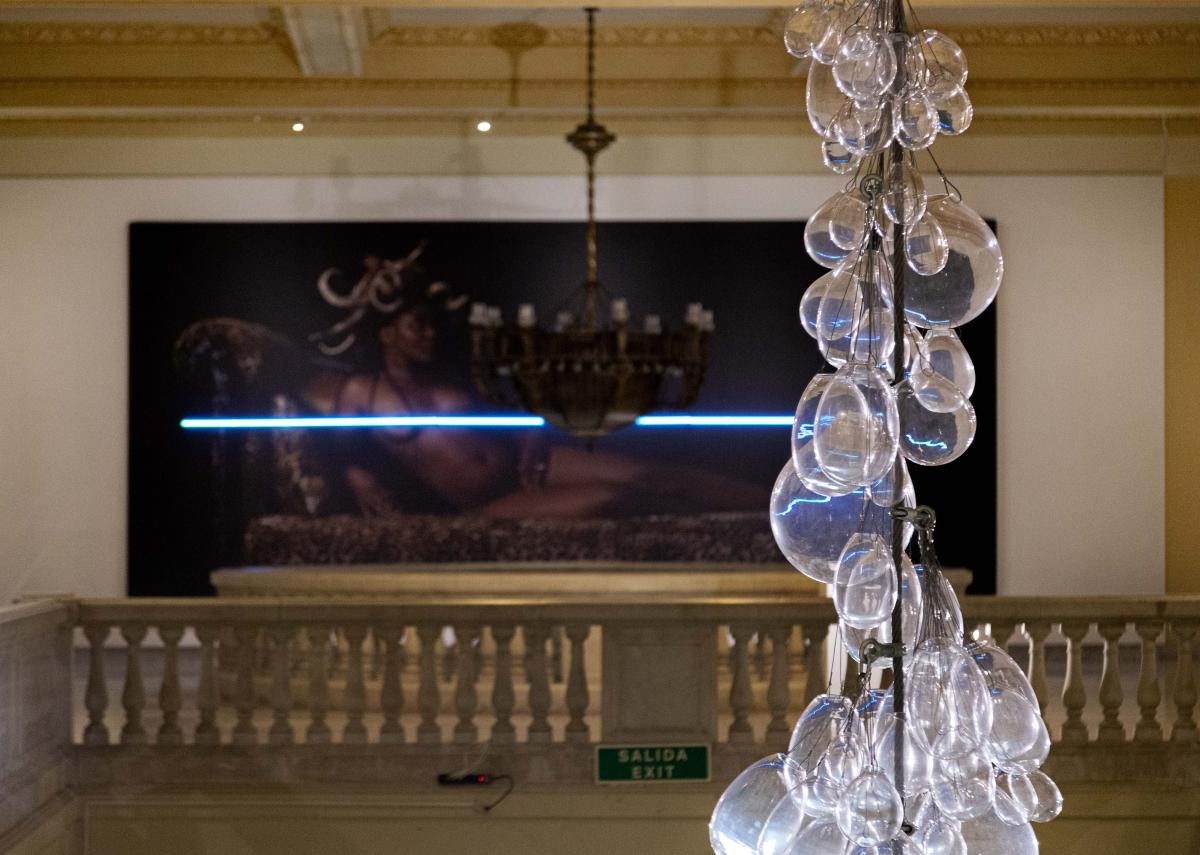 Koen Vanmechelen’s solo exhibition Medusa’s Hope opened to great acclaim on December 16, 2022, at the Museo Nacional de Bellas Artes in Havana. Until April 2, 2023, the Belgian artist unfolds the final part of his ‘triptych of Hope’, which developed in early 2022 in Florence and then in Knokke in Belgium. ‘The coming Cosmopolitan Renaissance will be with everyone, or won’t be? That is my message from Cuba’ states the artist.

In 2015, Koen Vanmechelen reintroduced the iconic Cubalaya chicken to Cuba at the Havana Biennial. Seven years later, at the recently restored Museo Nacional de Bellas Artes (MNBA) in Havana, he is following in the footsteps of trailblazers such as Robert Rauschenberg, Francis Alÿs, and Michelangelo Pistoletto. About 30 of his installations and works are spread across the three floors of the impressive palace. 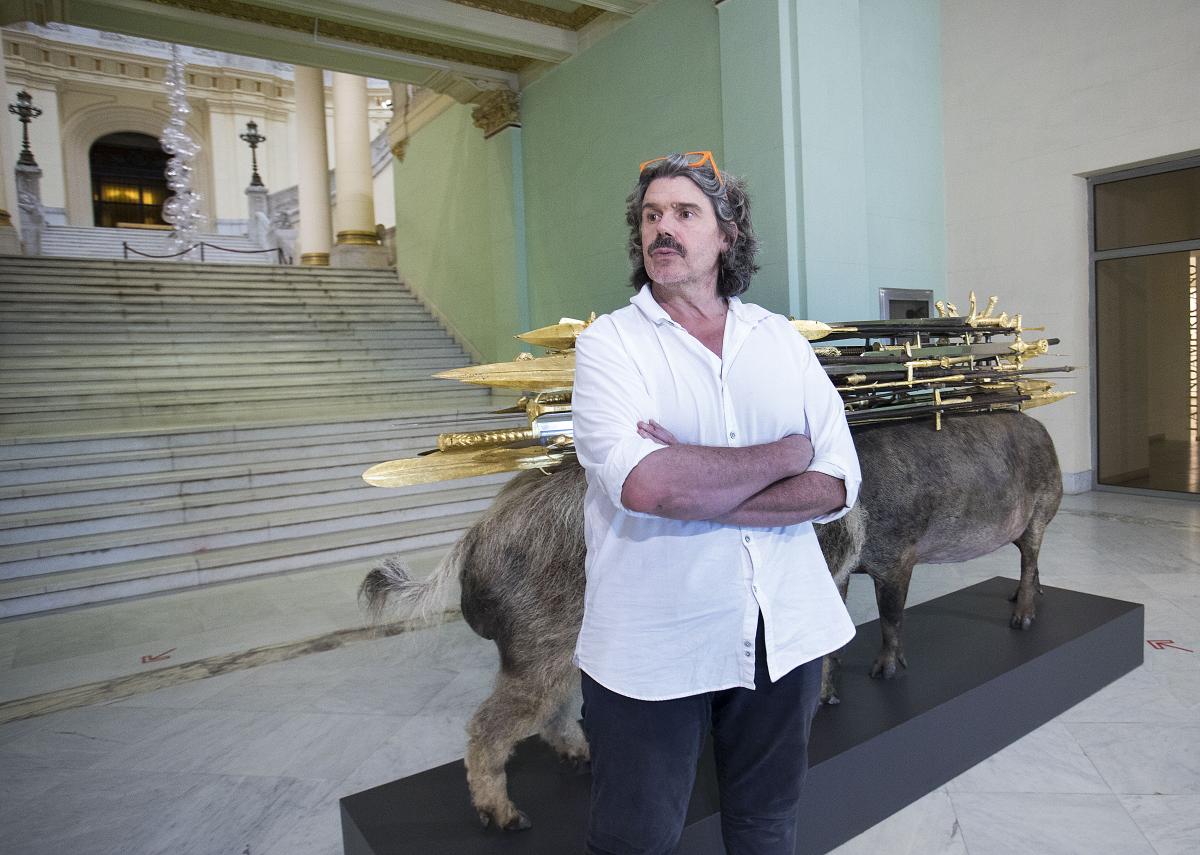 In as little as seven years, we seem to be living on another planet, with dark clouds on the horizon. That is why I returned to Cuba in a year that is a pivotal year for me on many levels

Medusa’s Hope constitutes Vanmechelen’s third part of his ‘triptych of Hope’ launched early 2022. Following his earlier call for a Cosmopolitan Renaissance in the exhibition Seduzione at the Uffizi (Florence, Italy) and the outlining of a new evolution, the Cosmopolitan Renaissance, in Knokke-Heist (Belgium). ‘My work is about a world in full transition, our world. It is a hopeful call for a reawakening that tilts our perspective toward another existence on our planet. In that revolution, we must not forget anyone; hence, Ubuntu; I am because you are. It is vital to portray that new evolution in a location that powerfully reinforces this message. That is why I am in Cuba, a country isolated from the rest of the world, suffering greatly from the effects of COVID-19 and international isolation.’

The exhibition brings mostly new works, many of which found inspiration in Cuba, combined with installations previously on show among others at the Uffizi. The heart of the expo is the paradisiacal Medusa room, which impresses with an 8m wall portrait of Vanmechelen’s partner and muse, social entrepreneur, Chido Govera. The work is inspired by Titian’s ‘Venus of Urbino’. ‘Medusa’s Hope shows the true face of Medusa. She recreates the museum into a healing place,’ Vanmechelen says. ‘Medusa opens a crack in our turbulent world to a different, more hopeful future.’

The COVID struggle also gets a place in the expo with Bang Bang, an installation and video in which Vanmechele smashes a glass virus and then restores it with Kintsugi (Japanese art of repair with gold paint). Danger often proves to be an engine of transformation. ‘We must accept that this virus will partly define our evolution and be part of the big picture in which Medusa’s Hope is the link to a new time.’ 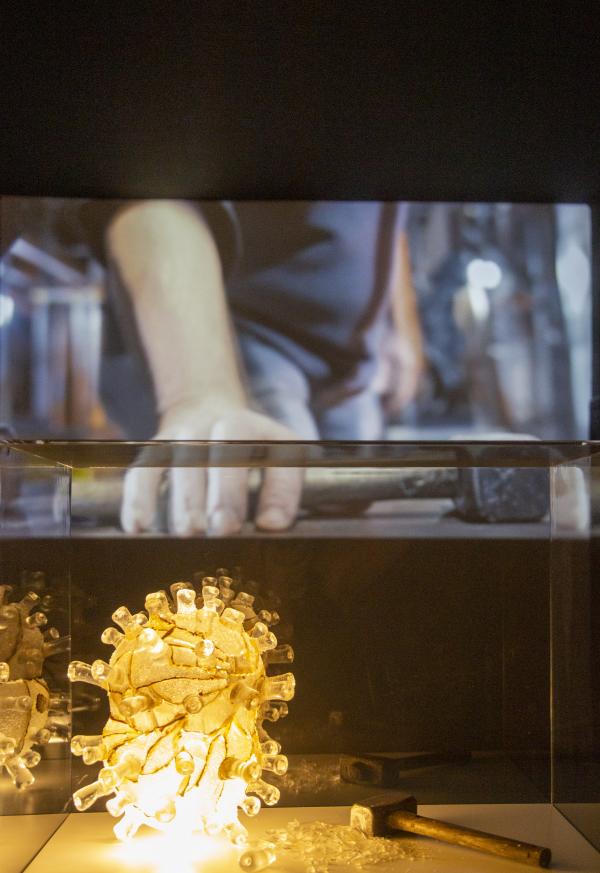 In the second part of the expo, a new world characterized by diversity, connection, and spirituality, opens up through a combination of neon, sculpture, taxidermy, photography, and video. Central here is the shaman, a prophetic figure tasked with watching over the new age (Under my Skin, Ubuntu, Shaman). Also striking is the Collective Memory series based on the encyclopaedias of human rights. They stand directly opposite the living installation, The Worth of Life, a cage of Cubalaya chickens. The message is clear. 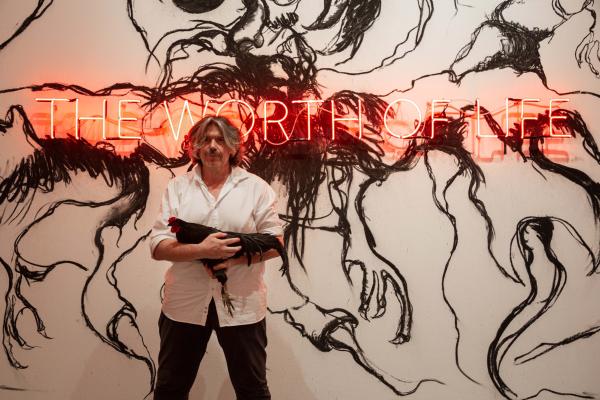 We must all be on the same train, in the same boat with everyone and everything. People and other animals, cultures, all that lives. Ubuntu.

For the MNBA’s curator and director, Jorge Fernandez, it is essential to share Koen Vanmechelen’s visionary work with the Cuban people and the many visitors from abroad; ‘Koen’s work is an attempt to decolonize our relationship with the ecosystem. The artist is committed to creating participatory and democratic spaces for all living things. He advocates a biocoenosis of equality and respect for the other that is not limited to humans.’ 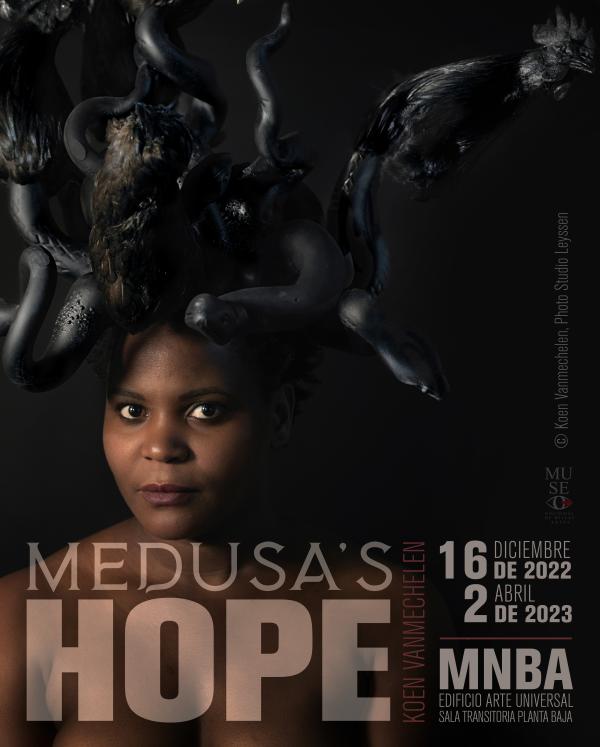 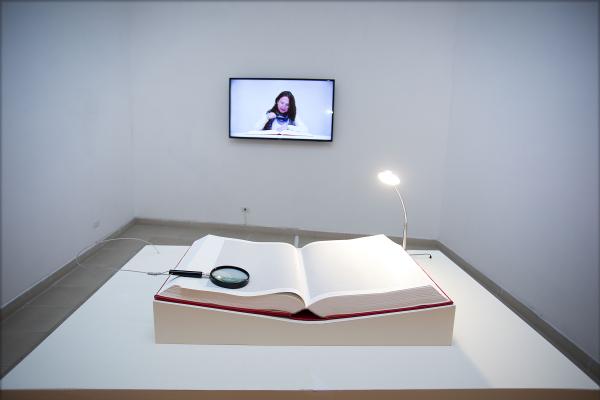 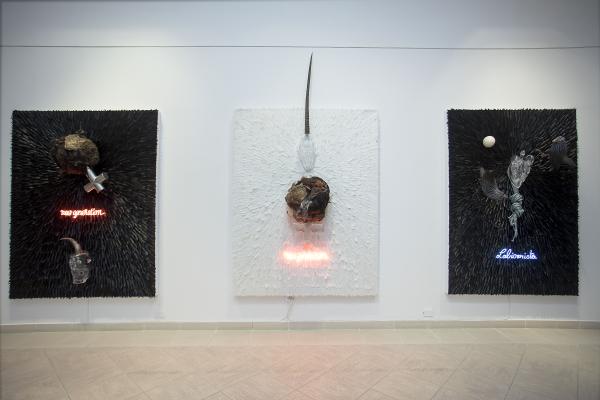 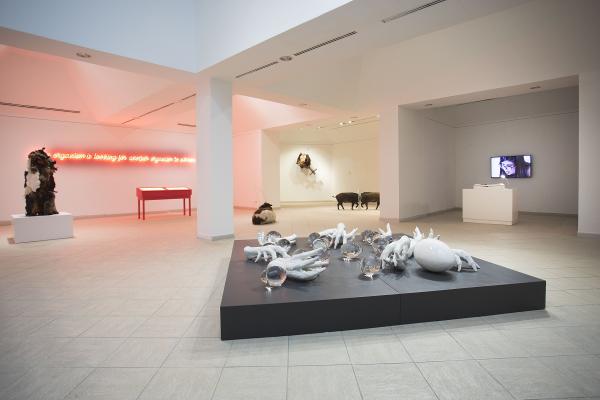 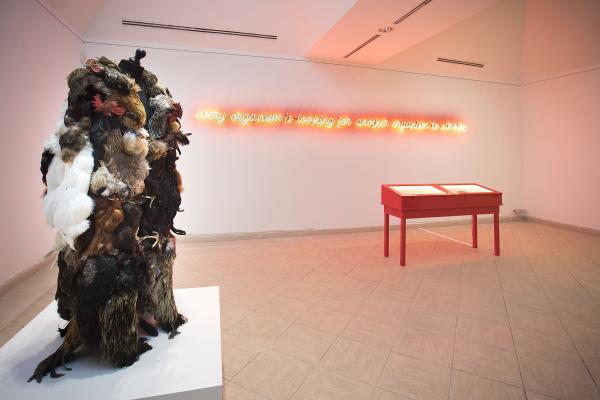 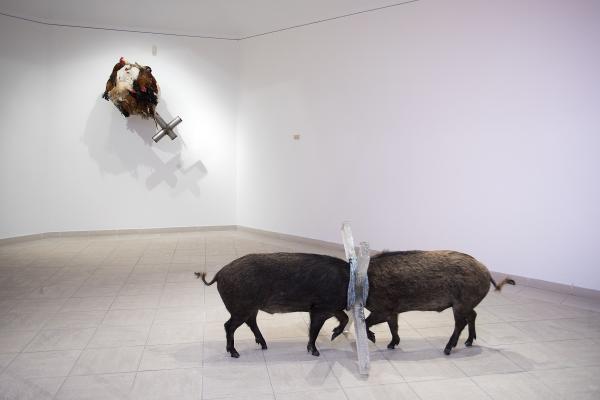 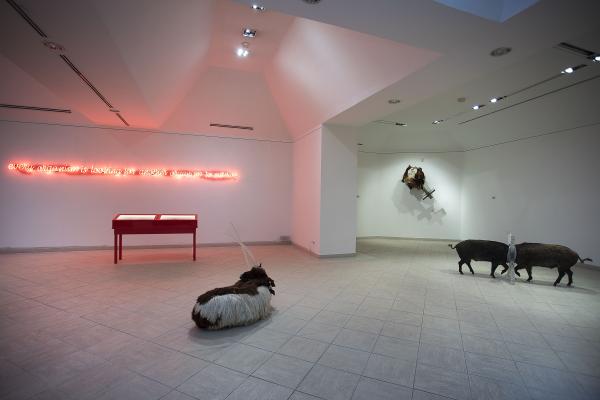 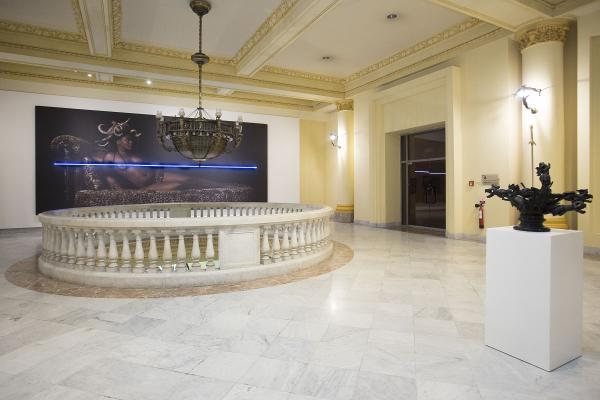 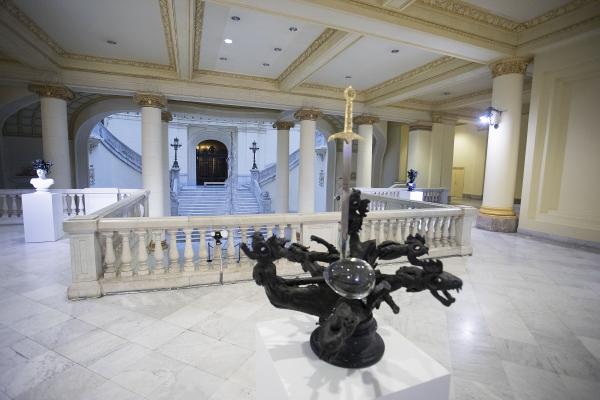 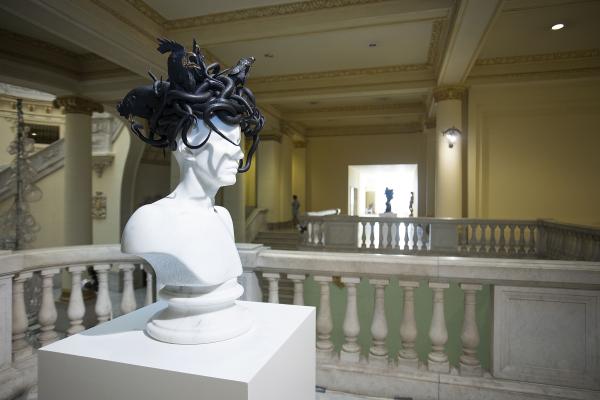 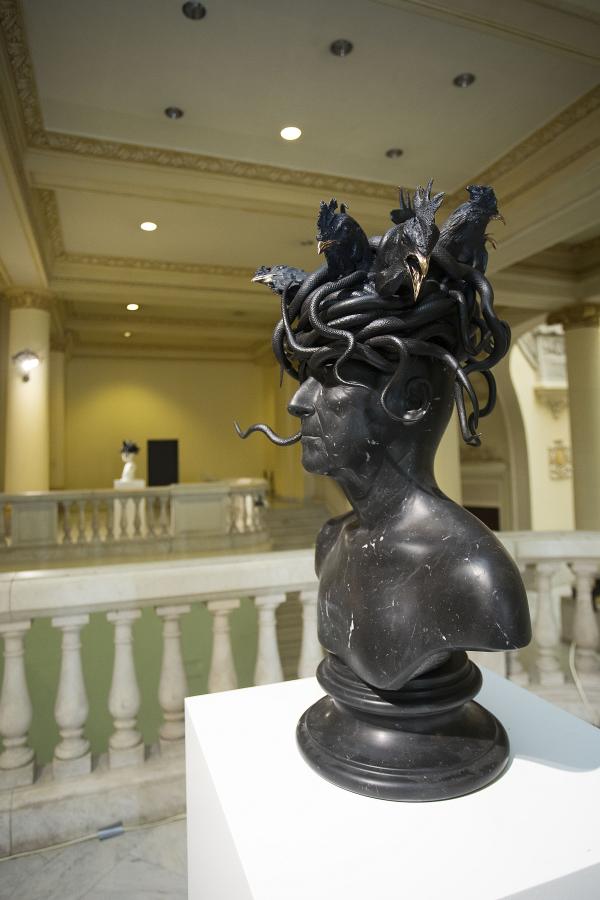 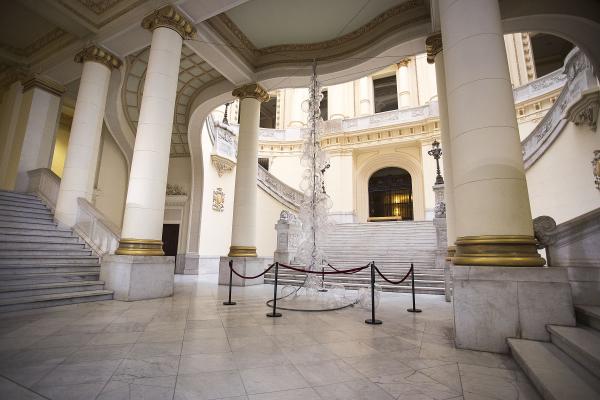 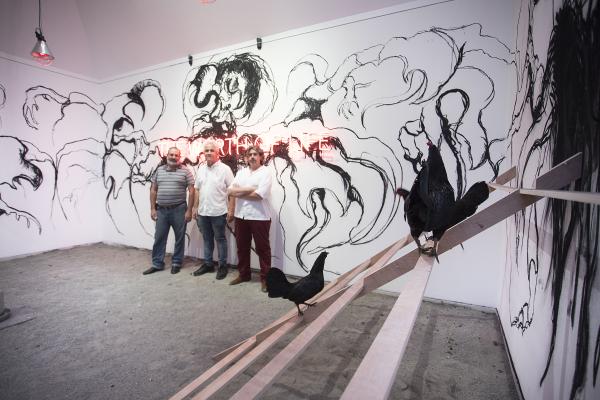 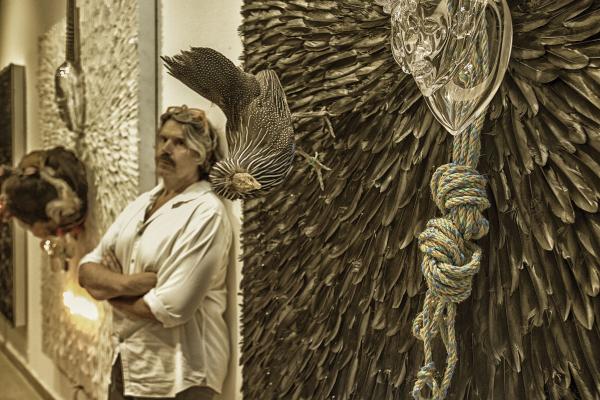 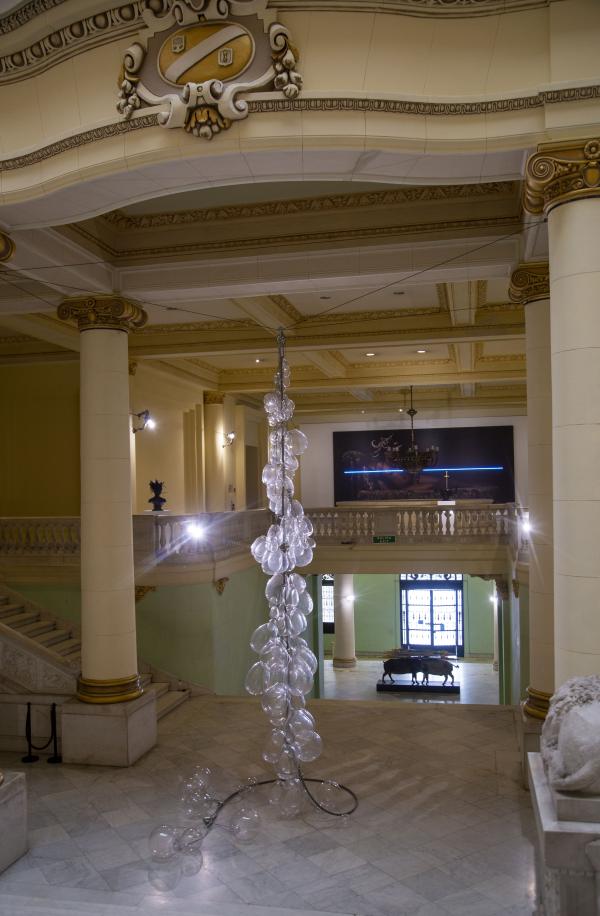